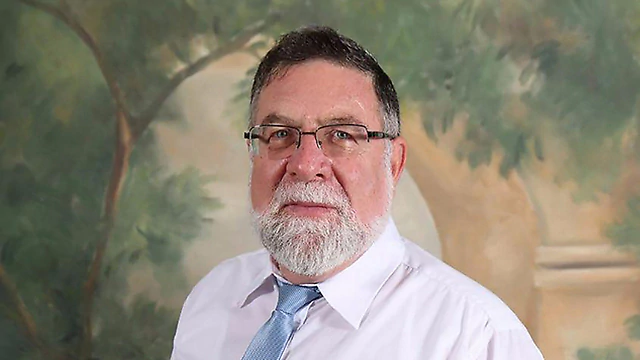 Several Palestinians donate money to the establishment of a synagogue in memory of the late Reuven Shmerling, who was stabbed to death in October 2017 by two terrorists.

Shmerling, was murdered on the day he was supposed to celebrate his 70th birthday with his family, by two Palestinians at a coal storehouse belonging to his family in the Kafr Qasim industrial zone. He was ambushed and attacked with a knife, a pickax and a fan.

His family decided to commemorate his name and establish a synagogue in Shmerling’s hometown of Elkana, and had launched a campaign to raise funds for the project.

A few days ago they received an unusual donation: a Palestinian businessman from the Gaza Strip, who met Reuven through work, donated several thousand shekels to the campaign.

The Palestinian, who due to personal safety concerns decided to remain anonymous, described the victim as a noble, good man.

“Reuven had a pure heart. He loved everyone, I met him in the 1990s, when I used to import goods from China. He was a good man. What they did to him is horrific. If more people were like Reuven, peace would have been achieved a long ago,” said the businessman.

Following this donation, several other Palestinians who personally knew Reuven also contacted the family in order to donate funds to the project—some from the Gaza Strip and some from Kafr Qasim.

Reuven’s son Shai Shmerling says the family was not surprised by the donations.

“My father always had Arab friends, they loved and respected him. It wasn’t surprising to us. Even during the shiva, Palestinians from Gaza and Arabs from Kafr Qasim came over to express their condolences,” he added.

The Lod District Court is expected to sentence the two terrorists, Yousef Kamil and Muhammad Abu al-Rob, on Thursday. The two were convicted as part of a plea bargain and confessed to the murder.

The family continues to raise money for the project. The donation can be made on the jgive website.