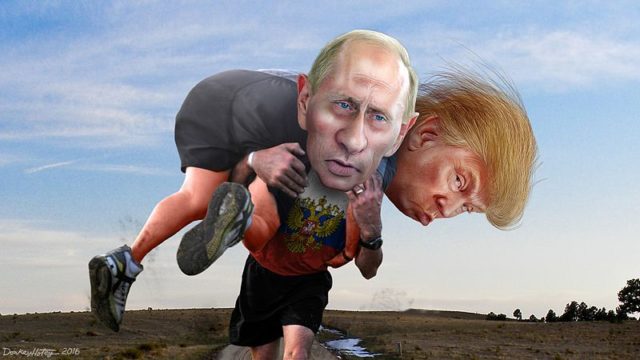 In the 1930s there were two forces fighting each other, fascism and communism. Of course there were other forces among them. Here are some details about those days that you probably have not read.

Why not start with the British and German soccer teams playing in the Olympic Stadium in Berlin on May 14, 1938. Hold onto your hat. The British players gave the Nazi salute during the playing of the German national anthem. This information is in the book by Thomas E. Ricks. This order came about through the British Foreign Office which was led by Lord Halifax. Halifax was also pressuring Czechoslovakia to make more concessions to Hitler.

Twelve Russians just got indicted by Attorney General Rod Rosenstein for their role in the Election of 2016. There is talk that Putin gave the order and Trump just continues to putt with Putin. This administration is clearly just a game and people must wake up. See what the people of England had to go through in the 1930s and learn from it. With all the money laundering going on, I would not be surprised if Putin and Trump are partners in the golf courses and other properties.

George Lansbury, a Labour Party official, spoke in the House of Parliament, “I hear all this denunciation of Herr Hitler and Signor Mussolini” and he went on to say that they were pretty regular diplomats.

Cyril Culverwell supported Neville Chamberlain because appeasement was what the people and not war.

Germany had its friends in England and Lord Londonderry was one of them and he was very friendly with Joachim von Ribbentrop (later Hitler’s foreign minister). Their families were close. After meeting Hitler, Londonderry said that Hitler was “very agreeable.”

Diana Milford married an heir to the Guinness brewing fortune, but soon divorced him. She later married Oswald Mosley who was a British fascist. Their wedding was held in the home of Joseph Goebbels, Hitler’s chief propagandist. Guess who attended the wedding? Hitler.

Another Milford sister, Unity, attracted the attention of Hitler himself. Unity reported to Diana that Hitler was talking about the Jews to her which she called “lovely.”

Neville Chamberlain’s sister assured Mussolini in Rome that things will finally work out between England and him.
Waldorf Astor blamed much opposition to Hitler on the Jews and Communists.

The Right Club was formed by Archibald Ramsey which was anti-Semitic and pro-German. Its badge had the initials PJ for “Perish Judah” and it considered Jews snakes.

The Times of London which was co-owned by John J. Astor favored appeasement and turned its eyes away from Hitler’s tactics including the violent “Night of the Long Knives.”

Henry Raikes added that Chamberlain, “will go down in history as the greatest European statesman of this or any other time.”

The mayor of Cardiff, Wales ordered the swastika flag flown for Chamberlain’s popularity in dealing with Germany.

King Edward VIII showed confidence in Chamberlain by giving Chamberlain a cigarette case engraved with the map of Europe and had sapphires placed to show where Chamberlain and Hitler met three times in Germany.

Hitler soon ordered the Kristallnacht or violence against Jews in Germany and Austria. Chamberlain told his sister, “I suppose I shall have to say something on the subject.” Chamberlain said nothing to the president of the Board of British Jews nor anything to other prominent British Jews.
Chamberlain’s comment on the invasion of Czechoslovakia characterized Czechoslovakia as “a far away country…in a quarrel between people whom we know nothing.”

Charles Lindbergh or “Lucky Lindy” encouraged people that he met to make an alliance with Germany and declared that democracy would end “finally” if a war against Germany ends in defeat.

People in England expected the end of civilization and democracy, news papers and private diaries indicated that.
The House of Commons gave Chamberlain a 366 to 144 vote of approval.

I called upon Chris Mancini who worked for the Justice Department for 12 years and has seen lots of corruption over that period of time, corruption that is being swept under the rug right now, to write something about what is going on in connection with justice. We discussed the meeting where Donald Trump, Congressman Peter King, and Attorney Rod Rosenstein spoke about fighting the MS-13 and it is true that Trump is misleading the public about this important issue to make himself look good. Then Mancini brought about the point of a what I guess I can call a new form of fascism in America.

Read the support that Chris Mancini is providing so people can understand.

History shows us that human behavior repeats itself and that those who seek to govern us fall into the same behavioral pathways over and over again. Communism may be gone (until it comes back again) but fascism is here to stay and Donald Trump is acting just like the fascist leaders of the 1930’s in so many ways. The calculus Trump uses to analyze the policies he enacts and the things he says are based first on how he thinks it will benefit him personally. The lies he then tells are designed to fool those gullible enough to believe that he’s playing the game especially for them and that they will benefit from his false claims and that they can win at his game of class warfare.

The idea that there is a privileged class of white supremacists for whom Trump is exclusively working comes right out of the fascist leaders of the 1930’s (Franco, Mussolini and Hitler) in their respective appeals to a master race that should dominate in things. That is the real lie. Every elitist reference Trump makes in favor of whites and voter suppression and against immigration and people of color is designed to perpetuate the power of a white Republican party that maintains power by gerrymander voting. The first thing every fascist regime in history did was to enact laws which made it easy for them to maintain power and arrest their opponents.

As I watch the people of Europe turn out by the thousands to protest Trump’s visit, I see by the different kinds of signs they’re carrying that they all understand the basic fact that Trump believes that in order for him and his white friends to win, the rest of America has to lose. My father didn’t put on a Marine Corps uniform to fight the Nazis to make a racist like Donald Trump into an American fascist/dictator. Trump owes it to him and to all those who’ve laid their lives on the line to keep faith with our democratic principles to “Make America Great Again.” Democracy may be a bitch to make work some of the time but with all her flaws, she’s a whole lot better than Trump’s plan to “Make America Hate Again.”

Donald Trump just said that Barack Obama was responsible for the Russian taking of Crimean and he claims that if he had been president at the time that takeover would not have happened. This is the superman who claims that he would have rushed into the Parkland High School grounds to confront the shooter there. This is the man who appeases Putin when they meet and tells the world that Putin says that he did not interfere in the Election of 2016.

Trump and Chamberlain will both go down in the history of the world as the greatest of all time. Think about the great U.S. military strength and the Trump-Putin Alliance that we hear about. Why couldn’t Trump demand that Putin return Crimea? You would think that if Trump disagreed with Obama at the time that he would have lodged a complaint or demonstrated to make his point that Putin must be stopped.

In the United States there is great opposition to Trump and Senator John McCain is one of those men who will not agree with the tactics and policies of Trump. Who was the principal opposition when all those people did nothing to stop Hitler and fascism? Churchill. Thomas E. Rick’s book is CHURCHILL AND ORWEL: THE FIGHT FOR FREEDOM. That’s one name that you can appreciate, because he saved democracy. Even Stalin was very concerned about Churchill coming into power, something that hardly anyone expected.

Chamberlain was replaced and Trump will be replaced before things get worse. Chris Mancini is right. Communism is gone and so are the powerful people like Franco, Mussolini, and Hitler in Europe and Stalin in Russia. There is only one man in today’s world that falls into the category of those other men. Putin. So what exactly are Trump and Putin up to?

In the matter of Churchill and Germany in a meeting in 1937 between Churchill and von Ribbentrop in German embassy, von Ribbentrop wanted to eliminate Churchill’s opposition assuring Churchill that Germany sought the friendship of England. Churchill told the German that England would never go along with his plan to do whatever Germany wished with the eastern part of Europe. Von Ribbentrop quickly spoke that the Fuehrer has his mind made up and Churchill’s response made war between the countries “inevitable.”

Whether it is talking about “shithole countries (Chamberlain’s disturbing comments about Czechoslovakia back then)” or not making a statement on the violence and killing in Charlottesville, Virginia (reminding us of Kristallnacht and Chamberlain), and Trump’s relationship with Putin, we often do not see much better from Trump than people saw from Chamberlain. The entire rejection of the influence of Russians in the election is fast going against Trump right now. When Michael Cohen flips things will get hot, but maybe not its hottest. The effort to have the case dropped against Michael Flynn who was already cooperating with the investigation should not be forgotten. Unfortunately I cannot mention any comparison to Stormy Daniels at that time. Thank goodness that we only have to focus right now on Putin with no Franco, Mussolini, or Hitler to face at this time. And now there will be indictments coming against Americans. Roger Stone? Stone’s good friend?