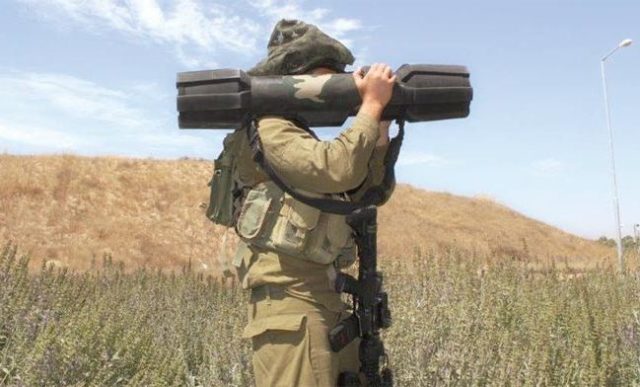 India is about to sign an agreement with Israel to buy 4,500 Spike anti-tank guided missiles worth $500 million, a government-to-government purchase, the “Hindustan Times” reports.

The agreement awaits final approval from the Modi government, ahead of Israel defense secretary Udi Adam’s visit to New Delhi next Monday, July 2, for one day, for the annual joint working group discussion on bilateral defense cooperation.

The deal was originally set to purchase 8,000 Spike missiles, with 3,000 of the missiles to be manufactured in India. Israel refused to agree that so many of the missiles would be made in India. The contract was canceled.

The procurement was changed to the government-to-government route after Israeli Prime Minister Benjamin Netanyahu visited India on January. The contract has now been revised to direct purchase of 4500 weapon systems with a small quantity being manufactured in Hyderabad. India agreed to that term on grounds of commercial consideration, according to the Hindustan Times.

Spike missiles, which have a range from 800 meters to eight km, has developed and manufactured by Rafael Advanced Defense Systems Ltd.

While Udi Adam in India he will discuss the possibility of India purchase of two more Phalcon-Awacs deep penetration radar systems, mounted on the Russian IL-76 platform, for $1 billion. The “Hindustan Times” also reports that India already has three of the systems produced by Israel Aerospace Industries Ltd. (IAI) unit Elta Systems. Another possibility would be a deal with Israel Weapons Industries to produce TAVOR-21 assault rifles in India.