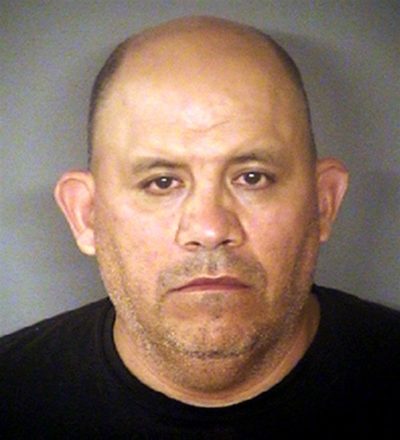 A Texas sheriff’s deputy was being charged of sexually assaulted a 4-year-old girl and blackmailed the child’s undocumented mother with deportation if she reported the abuse, sheriff Javier Salazar said at a news conference.

The suspect, Jose Nunez, a 47-year-old detention officer with the Bexar County Sheriff’s Office, was arrested Sunday while he was off-duty after the mother took her daughter to a local fire station for help.

The sheriff added that the girl had been suffering from pains and “made an outcry,” which prompted the mother to ask for help.

Salazar added that the abuse likely went on for several months, or even years and there may be other victims.

Nunez was charged with “super aggravated sexual assault of a child”, a class one felony that carries a minimum 25-year sentence.

Sherif Javier Salazar shares this message in Spanish. This abuse involves a Nina from
4 years old. The person who was arrested for sexually abusing her is an officer of our agency. La Niña’s mother is undocumented and was afraid to report sexual abuse. PLEASE share this video. We are here to protect our community.

Salazar said that “Another heartbreaking aspect to this case is that the mother of this little girl is an undocumented immigrant, and my understanding is that this suspect utilized that to his advantage to place the mother in fear that she would be deported if she did report it. We believe that there was some hesitation on the part of the witness to report the conduct because of the fact that she’s undocumented in the country.”