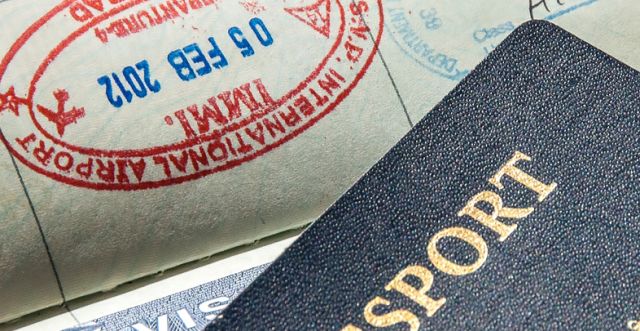 The Knesset Internal Affairs Committee approved Monday the regulations for a work permit for Israeli investors in the United States.

This is a mutual agreement, according to which, for the first time, citizens of Israel and the United States will be able to invest and receive work permits on an investment basis only.

Israel will become the 40th country with which the United States has such a visa agreement.

Until now, Israelis who wanted to obtain a work permit in the US – even for the purpose of opening a deal – were forced to meet stringent threshold conditions such as proof of unique knowledge, exceptional achievements, seniority or proof of actual trade between countries.

Currently, the receipt of the visa is conditional mainly on proving sufficient equity, together with ensuring employment for American citizens.

The government approved these regulations as early as January 2017, but since there was no route in Israel to grant a work visa to a foreign citizen on the basis of investment, a long series of amendments were required and approved by the Knesset Internal Affairs Committee.

Approval of the visa outline opens the door for private investors and companies that invest in the US in any business area of the scale that will create jobs for American workers. This includes Israeli start-ups, diamond merchants, marketing companies, real estate, businessmen, and fundraising companies. The Convention was promoted in coordination with the Population Authority.

In order to promote the process, AIPAC, which worked to submit a short and specific law granting visas to Israeli citizens and was signed by the Obama government in 2012, was also recruited.

Israelis will be able to begin applying for a visa within a few months after the US authorities finally approve the text of the regulations in Israel.

The regulations create a situation in which for the first time in the history of Israel, only US citizens will be able to stay in Israel for more than 63 months, and their spouses will be able to obtain a general work permit.