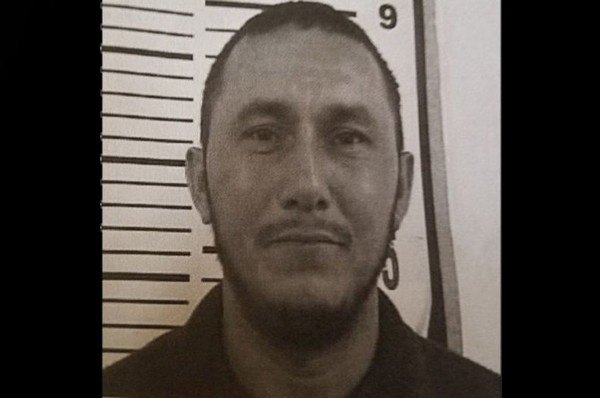 Anthony Bourdain is gone and so are Kate Spade and Marco Antonio Muñoz as well.

October 22, 1942 two Jews commit suicide just about a month after their children had been deported from the Lodz Ghetto in Poland. There should be zero tolerance for Attorney General Jeff Sessions and his bad policies. The oppression must stop!

All have made the news in the last week. Muñoz found out in Texas that his family would be separated as his child was ripped from his hands forcefully. Muñoz soon was found in a cell an item of twisted clothing around his neck in a pool of blood. This incident alone demands a total change in policy and this is not the only example of suicide. Muñoz was from Honduras, one of the countries that supported Trump’s embassy move to Jerusalem and its president, so far, is silent on this suicide.

This is not the age of the Nuremberg Laws, but it is bad enough. Those laws were found coincidentally by an American soldier named Martin Danenberg. If Muñoz had been an Israeli national whose family had been treated so poorly, Netanyahu would have to decide between defending an or going against his own people. The latter I am sure would contribute to increased unpopularity and possibly his downfall from office. Keep in mind because it has been policy for centuries that countries will protect their own people in other countries. Israel has been exceptional about doing just that.

Please do not misinterpret my point of view, because I am not equating the Holocaust with immigration in the United States. What I am mostly stressing is the universality of bad people, bad policies, and oppression that are tragic.

Recently Congressman Peter King of New York called the N.F.L. players kneeling a “Nazi salute.” Normally Jewish leaders denounce something like that. The comparisons that I make are well-known historical facts like deportation, etc. Congressman King who appears well protected in his district where his opposition would have to make up twenty or more percentage points to win, should be denounced now. People who support him, including veterans and police should take a closer look at what they are thinking and doing at the ballot box.

Let’s get to the “fake news” that the Trumps and Sessions of the world keep talking about. The illegal immigrants are just plain old illegal. They crossed the border without permission and they are illegal. That is what people say.

An immigrant was recently placed in custody in Brooklyn, New York because a military policeman called authorities to have this undocumented immigrant arrested. A close look at how the process works is needed by everyone across our nation. There are processes just like there are processes for job interviews and we know that that there can even be discrimination in job interviews (discrimination against good people on both sides). And I was once in a meeting where a contractor openly mentioned that his company was Afro-Centric and that would keep others away from employment.
Now let us take a close look at that immigrant or human being who delivered a pizza and was arrested to be deported. Mr. Villavicencio’s commissary account was suddenly cleared setting him up for deportation. The attorney noticing that took appropriate legal action. There were claims of racial profiling at the base as he delivered the pizza and that his detention violated his constitutional rights. Villavicencio’s wife and children are American citizens and his two years old child has a congenital heart defect. The man has done nothing criminal. Lawyers often file last minute appeals and save people from deportation and an application was filed for stay of deportation, all within the rights of so-called “illegal” immigrants.

I would like people in politics and in communities across the United States to share this with their constituents, especially people like Peter King. We are a nation of laws and judicial decisions that are followed. Some people get deported and others are allowed to stay and have their immigration status changed. Please support these laws the way you support your local sheriff or police. You are not going to get anywhere near the truth from Trump-A-Mania or Trump da Maniac. We need that truth now.

Babies were ripped out of the hands of their mothers, people were deported, people had their property taken away from them, people lost their lives returning to their home country, and the world largely watched just as Americans are watching right now.

The American legal system, fortunately, does help some people, people who are not ignorant or afraid to fight for their rights under the Constitution (which is not a legal “loophole” as Trump would want you to believe).

These are dangerous times for people, but it should a time to slow down and think about change. I would ask that some “special counsel” would be appointed to stop the lawless behavior of our leaders. I would imagine that most of their right wing or “zero tolerance” policies are based on lawlessness and all of this will be determined or proven soon, but why wait. We need someone who the courts could assign to investigate the lack of justice taking place right now as a result of those policies. I would strongly urge the courts to demand that many others who have been deported and who should not have been deported demand that the federal government pay for the return of those people (all of them).

At this moment we have a White House on a mission to prove that it is not racist, calling upon Kanye West and his wife Kim Kardashian to participate in that show, but not restricting it to those two. Then Donald Trump asked the players who kneel during the national anthem to name people who should be pardoned and he will take the matter up, just as he has recently pardoned Jack Johnson, the boxing legend and he has mentioned the pardoning of Muhammed Ali. I beg your pardon! We must put up with Trump mediocracy. It would be great if Kim Kardashian who knows how to fight for important causes such as the recognition of Armenian Genocide would go back to Trump and recommend amnesty for immigrants (a form of pardon where the person has not been declared guilty of a crime).

In this article:suicide, Finance, Immigration