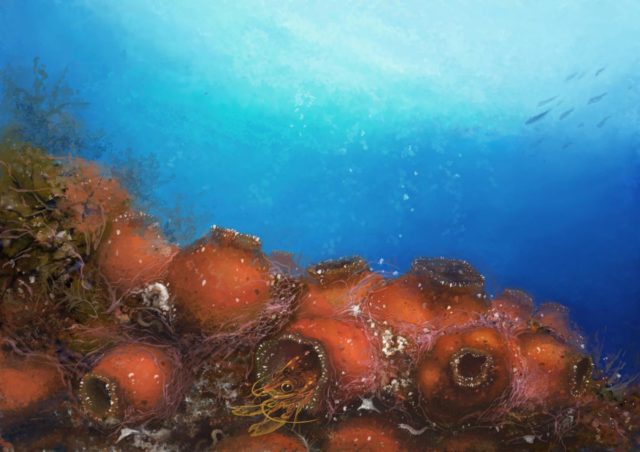 Two new species of tiny shrimp discovered in Indonesia islands of Tidore and Ternate, has been named after one of Middle Earth’s greatest hobbit, Bilbo Baggins.

First published in Science Daily, the researchers Werner de Gier, a biology student at Leiden University in the Netherlands and team chose to honor J.R.R. Tolkien’s wildly popular character due to a similarity between the adventurous halfling and one the shrimp species’ extremely hairy feet.

“Aptly named Odontonia bagginsi, the new shrimp joins the lines of other species named after Tolkien’s characters such as the cave-dwelling harvestman Iandumoema smeagol, the golden lizard Liolaemus smaug and the two subterranean spiders Ochyrocera laracna and Ochyrocera ungoliant,” an article published in EurekAlertTrending.

In a hole in a tunicate there lived a hobbit: New #shrimp #species named after Bilbo Baggins @pensoft https://t.co/GU2WwzgEkh

The new shrimps Odontonia bagginsi is being described alongside another newfound species of shrimp, Odontonia plurellicola, both of which the researcher has named, illustrated, and placed in the tree of life. The scientists compared the shrimps’ anatomical features, including the legs, mouthparts, and carapace.

Odontonia species, do not reach sizes above a centimeter in length and were found inside tunicates. The researchers believe that these crustaceans are fully adapted to live inside the cavities of their hosts, which explains their small-sized and smooth bodies.

The genetic information and Scanning Electron Microscope (SEM) images of the unusual feet provided a newly updated identification key for all members of the species group.

“Being able to describe, draw and even name two new species in my bachelor years was a huge honor. Hopefully, we can show the world that there are many new species just waiting to be discovered, if you simply look close enough!” de Gier said in a statement.