A “slip” by a senior Israeli officer to The New York Times; dozens of Syrian anti-aircraft missiles launched towards non-existing targets; and on Independence Day, reservists being called up in what has been announced as an “error.” Nothing is coincidental. So many “mistakes” in one week make up a policy.

It’s hard to shake off the impression someone is seeking to shake up the Iranians. The idea behind this strategy is not to have a proportional “blow for blow” brawl between Israel and Iran.

It would not be a scenario of the Iranians launching an anti-tank missile at a military vehicle and killing soldiers, while Israel bombs a radar station or storage facility. It doesn’t work like that anymore.

There appears to be a much more pretentious move at play here, at the heart of which is the planned Israeli response to the retaliatory strike the Iranians have committed to in public.

And this Israeli response is supposed to use leverages against main elements of power in Syria—the Iranian regime, the Russians and to some extent the Syrian regime—to stop the Quds Force’s deployment in Syria and to make it clear it’s not worth it for any of these elements to continue ignoring Israeli interests. 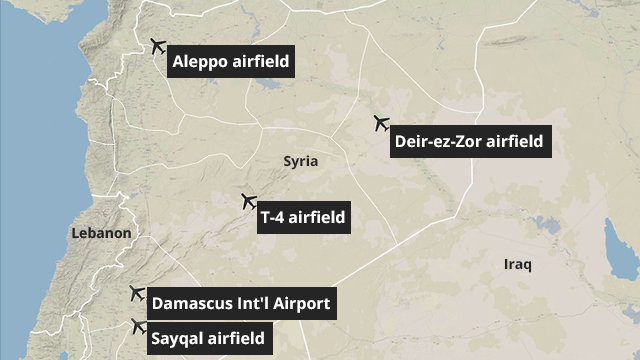 Israel probably reached the conclusion the military and diplomatic tools it has been using so far to stop the Iranian entrenchment in Syria are not bearing fruit. What are other avenues of actions there? For example, putting out a fire using a lot of fire, in the hopes Israel could control the flames throughout the entire process of extinguishing the fire. This is a policy with a very high level of risk and gamble.

An error in a computerized call-up of reservists is rather rare, but it could happen. However, the senior officer who admitted, reportedly, to American journalist Thomas Friedman that Israel had indeed attacked the T-4 airbase with the objective of killing Iranians and destroying Iranian military equipment, is someone with quite a lot of experience in speaking to the media.

Experience, by the way, as vast as that of Friedman himself in talking to senior Israeli officers. Both sides known the rules of the game very well, even when there’s a “slip.”

Later, the Syrians blamed Israel of using cyber warfare or some kind of electronic warfare to trigger their anti-aircraft systems, which fired at fake targets. Whether this is true or not, the result was that the Syrians, including their military spokespeople, reported at first about Israeli missiles that were intercepted. They didn’t lie. They were sure it did happen.

All of a sudden, the IDF Spokesman’s Office released a statement saying the Iranian drone that was shot down on February 10 was armed. If that’s not enough, on the eve of Independence Day it published a map of the deployment of Iranian air force units in Syria. If that’s not preparing Israeli public opinion and playing on the Syrians and Iranians’ loose nerves, then what is it?

There’s a very senior Israeli defense official who has been taking part in this campaign to rack Iranian nerves, and he has been broadcasting the same message for a week now: If war breaks out between Israel and the Iranians on Syria soil—the Syrian regime would be overthrown and Assad would disappear.

It’s not a threat, it’s provocation, as it’s unclear whether Israel even has the ability to replace the regime in Syria. But the very statement challenges the Iranians. It’s not a statement that’s supposed to deter them. On the contrary, this is a statement that’s pushing them to put Israel in its place. And Assad? He sees the light at the end of the tunnel, and certainly doesn’t want a new war on his territory, and particularly not with Israel of all enemies. 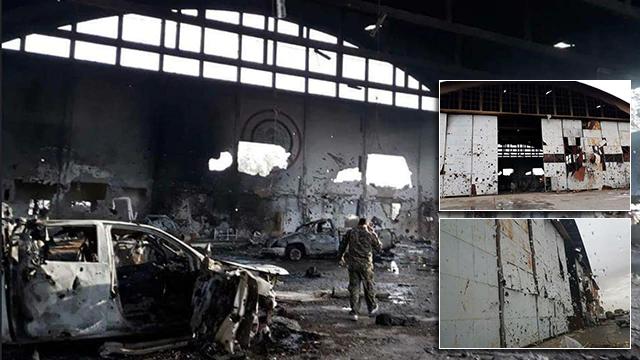 The first to realize Israel was cooking up an escalation so it could deliver a blow to the Iranians while they’re still not fully established in Syria was actually Hezbollah leader Hassan Nasrallah. From the speech he made last week, Israeli media chose to highlight his comment that Israel had made a historic mistake by opening a score directly with the Iranians.

But the main message that came out of this speech was: I’m not part of this. It’s a call to Israel: Don’t involve me in your affairs with the Iranians. If you want to strike them, leave me out of this.

Quds Force Commander Qasem Soleimani, responsible for the Revolutionary Guards’ activities outside the borders of Iran, doesn’t answer to Iranian President Hassan Rouhani. His chain of command doesn’t even go through the head of the Iranian Revolutionary Guard Corps. Instead, he discusses his strategies with Iran’s spiritual leader, Ayatollah Ali Khamenei.

By manufacturing a military crisis, Israel will try to create irresistible pressure and make it clear to the Iranian people and President Rouhani that the Revolutionary Guards’ actions go against the clear interests of the Iranian state. The IRGC went to Syria to help it defeat ISIS, but that conflict has already ended, while a conflict with Israel on Syrian soil is not part of the mandate they received.

Are the Iranian people, who are suffering under a serious economic crisis, willing to invest casualties and mass sums in an unnecessary war with Israel? Furthermore, in two months the Americans need to decide on whether to remain in the nuclear agreement with Tehran. This is very bad timing for the Iranian regime to have a direct military confrontation with Israel.

The Russians definitely have no interest in an Israeli-Iranian-Syrian military conflict on Syrian soil, which will stop any process to reach agreements in the country. The Russians’ policy in Syria is currently one of a juggler that throws balls into the air, catching one every time to use. It’s the Iranians’ turn to be the chosen ball.

Israel claims, and rightly so: all of these years, Iran has been 1,300 kilometers away from here, playing in our arena using proxies. Today they want to sit here, physically, like they do in Yemen. We won’t allow this.

The IDF has a lot of confidence in its own abilities. The feeling, even inside the Security Cabinet, is that this is the right timing to stop the Iranian spread in Syria before it is too late. The Israeli escalation policy, which is taking shape right before our eyes, is not fata morgana but rather fait accompli.

In this article:Finance, Syria, Israel - Iran