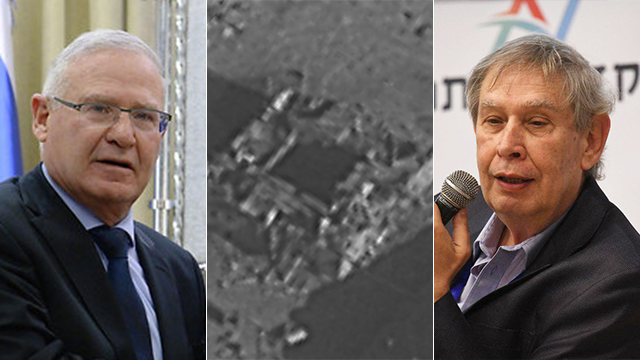 The state comptroller’s report included, among other things, an inquiry into the intelligence aspects of uncovering the reactor Syria was clandestinely developing. The report’s conclusion was clear: the intelligence apparatus’s work was found to have been severely lacking in providing forewarning of the existence of the reactor, which the report dubbed a “strategic surprise” for Israel.

The report was authored after the State Comptroller’s Office’s Defense Department became involved with the matter on March, 2007—a short time after the reactor’s existence came to light.

The Department then traced the decision making process in Israel’s intelligence agencies and examined the actions taken later to destroy the reactor. The report, designated top secret, was presented to then-prime minister Ehud Olmert and a small number of other senior officials involved in intelligence.

Since the report was constructed in real time, the data according to which the intelligence community acted was also laid bare before the state comptroller’s examiners.

The comptroller’s report, finding serious flaws in the agencies’ work, stands in stark contrast to statements made recently by then head of the IDF’s Military Intelligence Directorate (AMAN) Maj.-Gen. (res.) Amos Yadlin, according to which AMAN was aware of nuclear activity in Syria before the reactor was discovered, and that army intelligence was thwarted on the matter by Pardo’s Mossad.

The very same Pardo later claimed in an interview published in Yedioth Friday that the late discovery of the reactor was an “intelligence failure of the magnitude of the Yom Kippur War.”