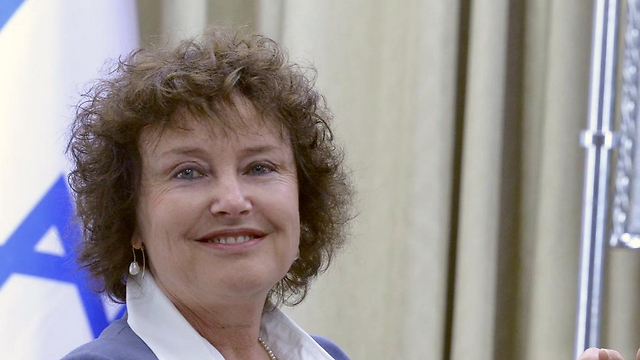 The International Monetary Fund (IMF) today submitted a report to the Governor of the Bank of Israel, Karnit Flug, and to the Director-General of the Ministry of Finance, Shai Babad, on the state of the Israeli economy.

The fund emphasized that despite good macro-economic performance, the inflation environment in Israel has been below its target range for a long time, due in part to government efforts to increase competitiveness and reduce the cost of living.

The head of the delegation, Craig Beaumont, said at the end of the report that “Israel’s long-term challenges stem from infrastructure problems and expected demographic changes.”

Regarding the ultra-Orthodox and Arabs, Beaumont said, “These populations do not acquire the same tools and education that enables them to integrate into the labor market. If you close these gaps there will be great potential for growth.”

Regarding infrastructure, the IMF representative said, “Another challenge in Israel is infrastructures, which have been low in infrastructure over the years, creating a shortage of transportation, which makes Israel the country with the most serious traffic problems in the OECD, and with this population growth problems only growing,” he said. “Since infrastructure reforms take a long time, we recommend working on the demand side as well, such as cooperative travel.” He also offered Israel “congestion fees as London and Stockholm do today.”

“In terms of growth, it may be a small gap, but it is getting stronger and Israel will move away from where it can be,” Beaumont said, noting that half of the children in elementary schools are Arab or ultra-Orthodox. So you have to act now even if it’s a slow process, and within a generation, the picture will change completely, and you have an opportunity now to change the trend. ”

“The absence of core studies leaves a very large gap when they enter the labor market and leaves them with very few jobs, which leads to a relatively low salary, and there is a great price for this,” said the head of the IMF delegation. That it is a political problem in Israel, and therefore it is worthwhile to find creative solutions in common. ”

Beaumont also referred to the importance of establishing the Financial Stability Committee and said it was important for the committee to unify the three regulators and allow them to discuss the risks and how to deal with them quickly.

Regarding the government debt, Beaumont said, “We believe that it is important for Israel to have a fiscal buffer that can deal with the market, one way is to maintain a low debt so that when it reaches a crisis it will be able to deepen the report.

The report referred to the slowdown in residential construction despite the slowdown in the rate of increase in housing prices: “Israel must promote measures that will increase supply. The IMF recommends advancing reforms in land supply and regulation in the field, increasing municipal incentives for construction, increasing urban density and raising taxes on real estate to finance development. ”

Bank of Israel Governor Dr. Karnit Flug said, “I thank the members of the IMF delegation for their professional and thorough work, and commend the recommendation of the delegation to urgently approve the establishment of the Financial Stability Committee in view of the expected changes in the financial system. Recommendations that their implementation is a necessary condition for continuing strong growth in the long run, and emphasizing the need to improve skills by improving the level of education and other tools to raise productivity, and the continued integration of Arabs and Haredim into the employment market.

Finance Ministry Director-General Shai Babad announced that an effort would be made to bring the committee’s approval for financial stability.

In this article:Finance, Israeli Arabs, OECD