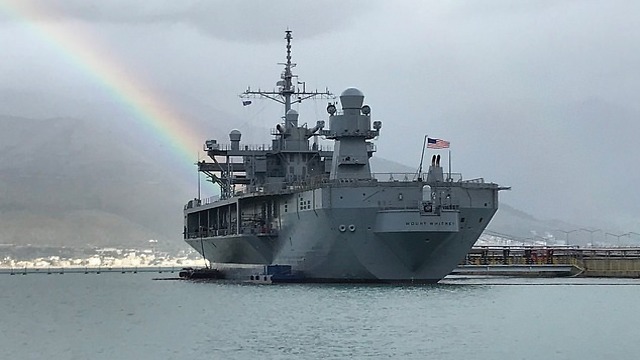 Some 5,000 IDF and American troops have been training together in Israel against the threat of massive missile and rocket barrages on Israel coming from Lebanon, Syria, the Gaza Strip and even Iran in a future Middle East war.

The joint US-Israel Juniper Cobra exercise, which has been taking place every two years since the early 2000s, includes field training, computer simulations and live-fire drills of sophisticated missile-defense systems.

This year’s exercise, which began on March 4 and will run through the end of the month, is the largest one yet, 2,500 service members participating from each country.

“We will practice, train shoulder to shoulder, the same as we will fight in crisis times,” Brig. Gen. Zvika Haimovich, chief of Israel’s Aerial Defense, told reporters at a briefing at the Hatzor Airbase in southern Israel.

Israel has made missile defense a priority since Iraqi leader Saddam Hussein bombarded the country with 39 Scud missiles during the 1991 Gulf War.

Today, the threat is far more formidable. The Lebanese militant group Hezbollah is now believed to possess well over 100,000 rockets and missiles capable of striking virtually anywhere in Israel.

Hezbollah and Iranian forces are also active in neighboring Syria, backing President Bashar Assad. Gaza’s Hamas rulers have a vast arsenal of rockets, and Iran has developed long-range missiles that can reach Israel. 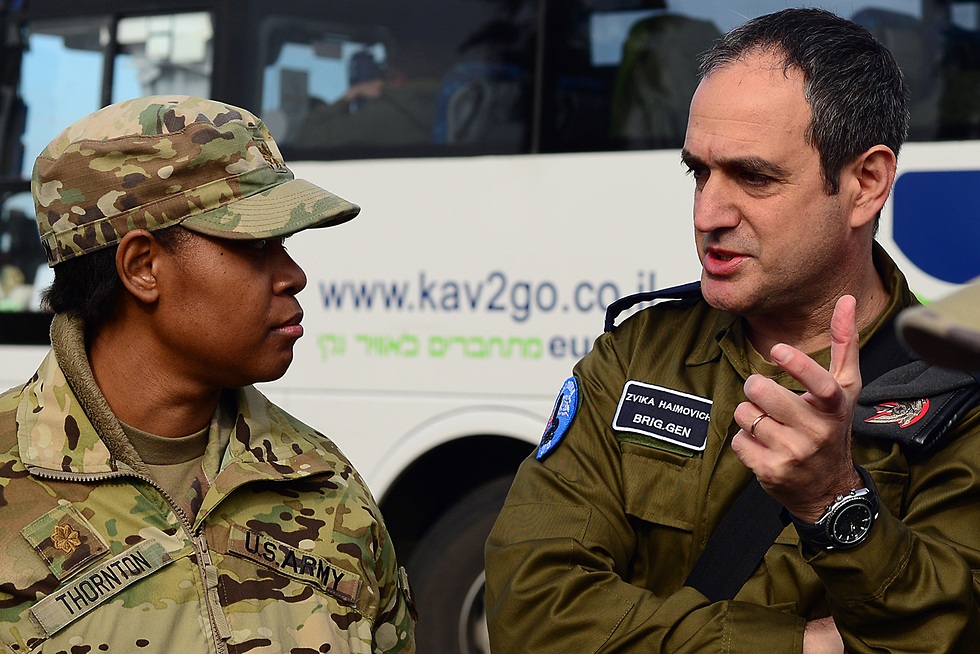 Last month, Israel intercepted an Iranian drone launched from Syria during a clash that caused an Israeli F-16 warplane to crash, and Israel shot down a Syrian anti-aircraft missile last year.

Haimovich said Juniper Cobra is not aimed at any particular adversary. Instead, it is meant to simulate “very complex scenarios” that include simultaneous attacks from enemy countries and militant groups. “We practice that because this is a real scenario,” he said.

He said the threats include multiple salvos, more accurate rockets and missiles and a “multidirectional threat.”

“Those are our main assumptions,” he said. “It doesn’t matter if it’s from south, north, east or others.”

Juniper Cobra has taken place every two years since 2001, adjusting each time to cope with ever-shifting battlefield.

With literally “thousands of threats” to prepare for, Clark said the drill is an opportunity for the two allies to improve communication and coordination.

“The ballistic missile defense mission is a very difficult one, very technical one, and it requires precise integrated effort to make it work, and that’s what we’re developing here,” he said.

Israel, in cooperation with the US, has developed a multilayer system of missile defense. This includes the Arrow system, which can intercept long-range missiles before they enter the atmosphere, the David’s Sling system for medium-range threats, which will be participating in the drill for the first time, and the Iron Dome, which has been successful at intercepting short-range rocket fire. Israel also uses the American-made Patriot system.

The American Sixth Fleet aircraft carrier USS Mount Whitney arrived at the Haifa Port Thursday, and its 500 troops will participate in the joint drill.

The Americans deployed defense and communications systems throughout Israel including the Pac-3 Patriot anti-ballistic missile. 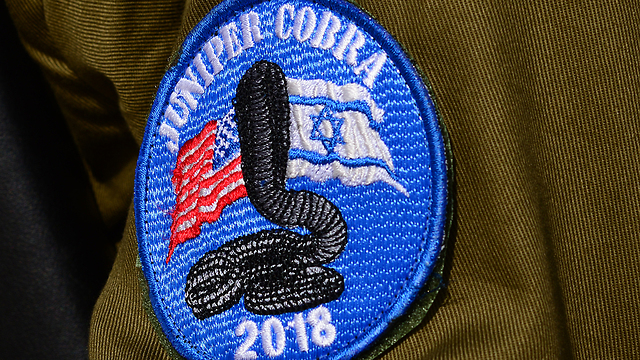 During the 2006 Second Lebanon War and 2014 Operation Protective Edge, Israel did not seek American assistance, but it seems that if the scenarios being prepared for are in fact realized, the defensive measures being practiced will be put into action.

While Israel takes pride in its ability to defend itself, Haimovich said the cooperation with the Americans provides additional depth to its “tool box.”

Haimovich pointed out that 2017 was a relatively quiet year and nevertheless there were three interceptions of hostile aircraft by the Patriot system in the north and ten Iron Dome rocket interceptions in the Gaza and Eilat areas.

“The enemy will fire more rockets in the opening barrage of the next war, as we have seen with the 26 rockets that were fired simultaneously at the beginning of Operation Protective Edge,” Brig. Gen. Haimovitch said.

“We are coordinating with the American forces, and we have the final say in the process of defending Israel. In most cases, we reach agreements and an understanding, and where there is no agreement, Israel’s right of defense is greater. The American defenses will not be hermetic either, there are some missiles that we do not wish to intercept, because they will land in open fields.”

He also spoke about the relatively large amount of false alarms that were heard in the last year in the Gaza region. “The last thing we want is for people to be complacent when they hear an alarm. During Protective Edge, there were 4,700 separate launchings from Gaza over a period of 51 days, and there were only four false alarms,” he said.

Speaking about the Iranian drone that infiltrated Israeli airspace last month and was shot down by a helicopter rather than a Patriot missile, Haimovich said: “We have three options: Patriot, fighter jets and combat helicopters. The decision to use an Apache Helicopter was wise and correct. We did not want the drone to shatter into many pieces, so that we could analyze its parts.”

In honor of International Women’s Day, the general announced the appointment of Maj. Revital as deputy commander of a battalion in an Air Defense unit.

Gen. Richard Clark said the two sides enjoyed an excellent relationship and that the drill comes after 18 months of preparation.

“We are prepared to defend Israel and if conflict breaks out, we take into account that we might suffer losses as well. We bring defense capabilities that are different from those of Israel, and the key is to integrate the abilities of the two militaries,” he said.

The Arrow 3 missile defense system, which is intended to intercept exoatmospheric advanced Iranian missiles, recently became operational. This summer, its newest version will undergo an extensive test against a ballistic target in the skies over Alaska, where it can utilize its full potential without the safety precautions necessary when conducting testing in Israel.

By Ynet News and AP