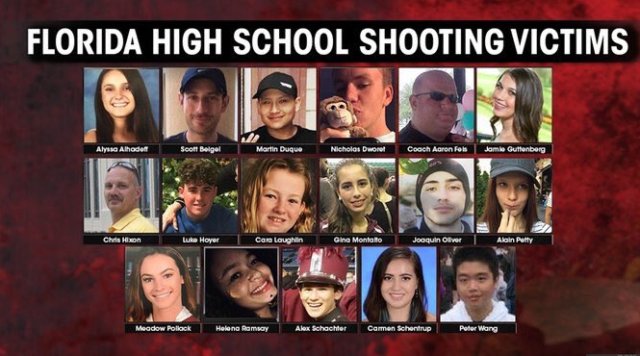 Emma Gonzalez has spoken to the world about the mass killing in the Marjory Stoneman Douglas High School in Parkland, Florida.  We should be amazed by this young woman who is eighteen years of age.  She will be voting soon and she will be influencing people all over the United States.  Her great friends and fellow students already have a plan of action. She and her friends have unleashed The  Force that will reshape the United States.  Those youth are our future and they know what to do.  They are now activists in the mold of Civil Rights’ activists who helped produce great change.  And they have Twitter Power as well.
The year 2018 will go down in history as the Year of the American Spring.  Spring is not here, but we are talking about a political and historical Spring.  Those youth have powerful legs and minds and will spring forth.  They are giving birth to a new American Revolution.  The few became hundreds and the hundreds will become thousands and the thousand will become millions.  They have more power than the $30 million that Emma Gonzalez mentioned that Donald Trump took from the N.R.A.  @NeverAgainMSD is perfectly derived.  Its sense of history and current politics is colossal.  Trump, Rick Scott, and Marco Rubio can meet with them, but they will soon know their power and they will be able to unleash that power all over Florida and across America.
One of the students mentioned DACA, which remains unresolved and was provoked by Trump.  The students will soon figure out that the tens of billions that Trump wants to put into his wall will not protect students like them from mass shootings.  The thirty million given to Trump by the N.R.A. is a mere drop in the bucket compared to lack of funding for fighting crime including mental health services.  Trump has been exposed and the rest of the political establishment will be shaking thinking about losing power.  No deal can be made with these high school students.  They cannot be bought.  They will not be bought.  Trump has divided us long enough and those high school students know it and they will convince millions.  He did make it easier for people with mental health issues to get guns and he cannot hide from that as well.
It is winter in the United States and the American Spring has arrived.  There can be no wall while students are not protected in schools and other public places.  The N.R.A. can be taken out of American politics this year and for years to come.  Those youth in Parkland, Florida have organized a truth that will go marching on.  #NeverAgainMSD.
In this article:Finance