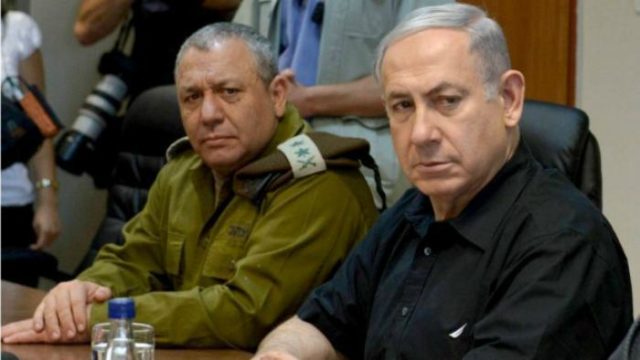 “For By Wise Counsel, Thou Shalt Make Thy War.”

For the moment, an Israel-Iran nuclear war is logically out of the question. After all, Iran is not yet an operational nuclear power, and there is no point in presuming any possibilities for a scientific investigation. Nonetheless, in national survival matters, prudence should take innovative forms, and the July 14, 2015 Vienna Pact (JCPOA) concerning Iranian nuclear weapons will not constrain Tehran indefinitely.[1]

Jerusalem will have to plan accordingly.

This conclusion is especially compelling because a tactically successful preemption against Iranian weapons and infrastructures is no longer plausible. Even back in 2003, when my own Project Daniel Group had offered an early report on Iranian nuclearization to then-Israeli PM Ariel Sharon, Iranian targets were already more daunting than was Iraq’s Osiraq reactor on June 7, 1981.

To the limited extent that they may even be estimated, the risks of a future Israel-Iran nuclear war would ultimately depend upon whether such a conflict were intentional, unintentional, or accidental. Apart from applying this critical three-part distinction, there could be no good reason to expect any systematic strategic assessments from Tel Aviv. Once applied, however, Israeli planners must always understand that their complex subject is markedly unique and without precedent.

Still, it is essential that competent Israeli strategic analysts soon do their best to examine all current and future nuclear risks from Iran. In this connection, it may be sensible to study what is currently happening between Washington and Pyongyang as a suitable “model” for ascertaining Israel’s long-term existential threats originating from Iran. To wit, in examining the more-or-less overheated rhetoric coming from both US President Trump and North Korean President Kim Jung-Un, it appears that neither leader is paying close attention to the particular risks of an unintentional or accidental nuclear war.

This means that both Trump and Kim now seem to assume the other’s complete rationality.

If no such mutual assumption existed, it simply would make no sense for either president to deliberately strike retaliatory fear in the heart of the other.

In the past, Mr. Trump has openly praised feigned irrationality as a US security strategy. But such a preference is not without assorted inherent dangers, and could rapidly become a double-edged sword. Most worrisome, perhaps, is that although neither side may actually want a war, either or both players could still commit catastrophic errors during their competitive searches for “escalation dominance.”

There are assorted “hidden messages” here for Israeli planners in Jerusalem and Tel Aviv.

“In war,” says Prussian strategist Carl von Clausewitz famously in his classic On War, “everything is simple, but the simplest thing is difficult.”

In fashioning a successful “endgame” to any future nuclear confrontation with Iran, it would be vital for Israel’s leaders to understand that this sort of crisis is about more than maximizing any relative “correlation of forces” or missile-interception capabilities.

As a nuclear war has never been fought, what will be needed is more broadly intellectual guidance than Israel could ever reasonably expect from even its most senior and accomplished military officers.

There are no recognizable experts on fighting a nuclear war, not in Washington, not in Pyongyang, not in Jerusalem, not in Tehran.

There is one last point about any still-estimable risks of a future Israel-Iran nuclear war. From the standpoint of Jerusalem, the only truly successful outcome could be a crisis or confrontation that ends with a reduction of Iranian nuclear war fighting capabilities and intentions. Therefore, it would represent a grave mistake for Israel to ever settle for any bloated boasts of “victory” that were based only upon a one-time or singular avoidance of nuclear war. It follows that Israel ought never to be taking such existential risks with Tehran, if the best outcome could only be a status quo ante bellum.

Providing for Israeli national security vis-à-vis a still-nuclearizing Iran ought never become a seat-of-the-pants “game” – that is, the sort of stance seemingly assumed by US President Donald Trump opposite North Korea. Without any suitably long-term, systematic and deeply-thoughtful plan in place for avoiding a future nuclear war with Iran, a nuclear conflict that is deliberate, unintentional or accidental could sometime ensue. And at every stage of its expected competition with Tehran, Jerusalem should never lose sight of the only rational “use” for its presumptive nuclear weapons and doctrine. That is stable deterrence.

LOUIS RENÉ BERES (Ph.D., Princeton, 1971) is Emeritus Professor of International Law at Purdue. His twelfth and most recent book is Surviving Amid Chaos: Israel’s Nuclear Strategy (2016).

In 2003, Professor Beres was Chair of Project Daniel in Israel (Iran’s nuclear weapons, for PM Sharon).