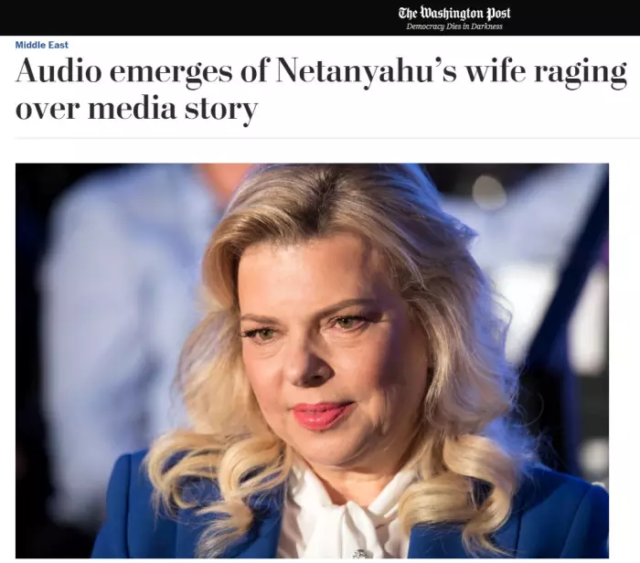 The exclusive audio recording released yesterday (Sunday) at the Israeli site Walla! News, in which Sara, the wife of Prime Minister Benjamin Netanyahu is heard bursting out at the former communication advisor of the family, caused waves around the world.

The New York Times, The Washington Post, ABC News and even The Daily Star in Lebanon, covered the story in details. Sara Netanyahu is heard screaming at the senior aide who had placed news of her fundraising activities in a 2009 gossip column. The 44 words piece she said failed to highlight her professional qualifications in the way she wanted. She also was not happy that the writer had mentioned the premier’s wife was “obligated” to public service.

Netanyahu can be heard shouting over the phone, “I’m doing it. As a professional, as an ed-u-cated woman. A psy-cho-lo-gist,”  exclaiming each syllable. “BA, MA,” she screams, referring to her bachelor and master’s degrees.

“But it says in the first sentence that you’re a psychologist,” the communication advisor tries to calm her down. Netanyahu responds with an order, to “reprimand the editor.”

The affair was extensively covered, with reference to police investigations and court decisions regarding a barrage of accusations from domestic employees.

“It’s gotten to the point where writing again on Sara Netanyahu, Prime Minister Benjamin Netanyahu embattled wife can feel a bit like piling on,” the New York Times writes. “She faces criminal charges of sneaking $100,000 in catered meals from expensive restaurants into Prime Minister’s resident while covering up the fact that she had cooks on the government payroll.” 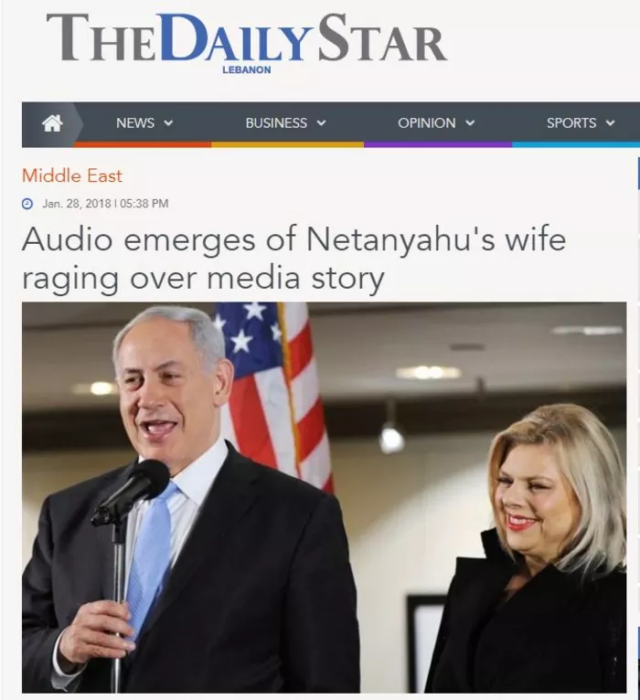 The newspaper detailed the cases in which the wife of the prime minister is involved, including the prosecution against her and the former employee Shira Raban. “Again and again, Netanyahu claims in her defense that those who stand against her are liars and political opponents of her husband, who are trying to hurt him through her.”

The Washington Post also published the recording, adding that it was “a new headache for the Israeli prime minister.” According to the report, the prime minister’s wife was described as saying that she “continues to scream incomprehensibly later in the recording.”

After the recording was published, former employees of the prime minister and his wife and those close to them claimed that this was not unusual. “I have received many such screams at the Prime Minister’s residence and stand up to Sarah – it’s much harder to get a phone call from her,” said Mani Naftali, the former menager at the Prime Minister’s Residence.