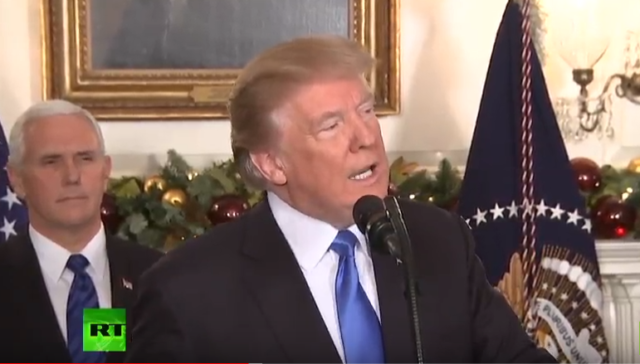 Knowing Donald Trump, he won’t give anyone an early warning. He’ll just deliver a festive speech and present his “ultimate deal” for the Middle East.

There won’t be long negotiations with the two parties, and he won’t convene a conference, like American presidents have done in the past. He’ll simply present everyone with a fact: This is the deal. Take it or leave it.

Eight months ago, the US administration declared that the Trump plan would be presented in March 2018. On Tuesday, a senior American official said ahead of Vice President Mike Pence’s departure back to the United States that the plan would likely be unveiled this year and that “both sides have to be ready for it.”

It’s no wonder, therefore, that the apprehension of the Palestinian leadership in Ramallah keeps growing. There’s a reason why Palestinian President Mahmoud Abbas is shooting uncontrollably, cursing Trump and trying with all his might to get the Europeans to influence the expected declaration’s content.

In recent months, the Palestinians collected information, some of it based on rumors, from every possible source. Saeb Erekat, the chief Palestinian negotiator, compiled the information into a pessimistic document assessing what would be included in Trump’s plan. As far as the Palestinians are concerned, it’s a train which is quickly headed in their direction, and they are unable to stop it or change its route.

The Palestinians can no longer take comfort in the rumors that Trump has no real plan, as a group of experts from the White House’s National Security Council—who were described as outstanding professionals by Israelis who have met with them—has been working on this plan for months. The fruit of their labor is handed over to the political echelon, to the president’s emissaries who are leading the move: Trump’s son-in-law, Jared Kushner, US Ambassador to Israel David Friedman, and special envoy Jason Greenblatt. 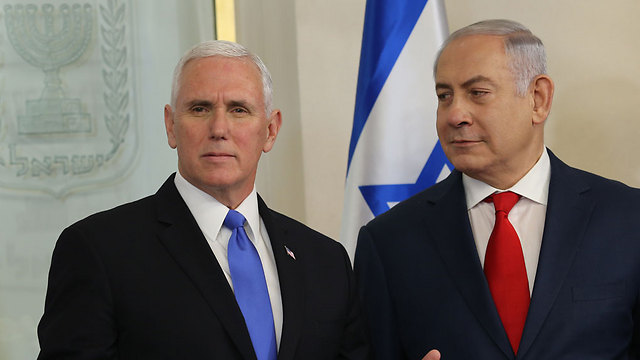 There are three other external officials serving as advisors to the American political team: The Saudi crown prince, the United Arab Emirates ambassador to the US and the Israeli ambassador to the US. So Prime Minister Benjamin Netanyahu is likely aware of what is taking place behind the scenes.

The Erekat document says the Palestinians will be required to hand 10 percent of the West Bank’s lands to Israel. In the Olmert plan and the Clinton Parameters it was 6 percent, and the Geneva Initiative spoke about 4.5 percent. In previous rounds of negotiations, there was an Israeli-Palestinian understanding on equal land swaps. Ten percent means there will be no equal land swaps, as Israel is unable to hand over that much land to the Palestinians. Moreover, 10 percent means that the Palestinian territory will be completely dissected. This could lead to a real crisis. 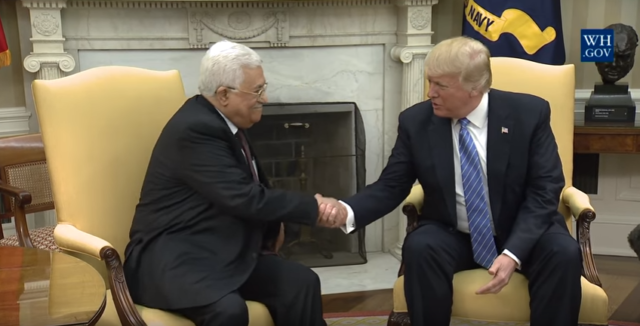 But when it comes to Jerusalem, the Palestinians are creating an artificial crisis, as the Trump plan in its current format—which could change—doesn’t mention Abu Dis as the Palestinian capital but rather “Jerusalem neighborhoods” or “Jerusalem suburbs,” which could fall into the definition of east Jerusalem as the capital. Pence reiterated in his Knesset speech that the current administration won’t intervene in the Israeli capital’s borders and in setting a borderline between the sides.

The current plan includes no demand that the Palestinians recognize Israel as a Jewish state, but they are required to give up the right of return. Erekat claims Israel will have security control of the West Bank. The plan, in its current format, talks about an agreement that will be carried out gradually, including handing security responsibility over to the Palestinians. Any progress will depend on an implementation of the previous stage, with the US serving as arbiter.

Israel, according to the plan, will receive a huge bonus in the form of open relations with Saudi Arabia. The Palestinians will receive support from the Saudis and from Jordanians in building sovereignty. The former will provide funding, and the latter will provide mentoring and diplomatic backing.

It’s quite reasonable to assume that nothing will come out of this major deal, but it could serve as a catalyst for elections in Israel, not to mention the fact that recommendations for an indictment are threatening to emerge somewhere around March.