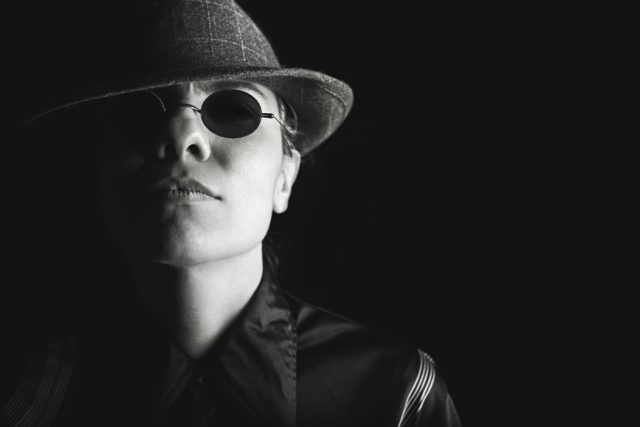 In its 70 years of existence, Israel has used assassination in the place of war. For instance, the Jewish state killing half a dozen Iranian nuclear scientists, rather than launching a military attack, according to a new book ‘Rise and Kill First,’ (600 pages) by Dr. Ronen Bergman which will be published at the end of the month. Bergman is the intelligence correspondent for Israeli Yedioth Ahronoth.

The book’s title, Rise and Kill First, comes from the ancient Jewish admonition, “If someone comes to kill you, rise up and kill him first.” Bergman says that men he interviewed cited that clause to justify the job.

Based on 1,000 interviews with agents of Mossad, Shin Bet and military officials, and thousands of documents, the author claim that the young state carried out at least 2,700 assassination operations. Besides the successful stories, there have been plenty of failures.

It also suggests that Israel used radiation poisoning to get rid of Palestinian leader Yasser Arafat in 2004, Israel has consistently denied. Bergman is saying that Israeli military censorship prevents him from revealing what he knows.

The New York Times published on Tuesday an excerpt from the book, the first comprehensive look at Israel’s use of state-sponsored killings. It is describing how the plan to eliminate Arafat, perhaps the most important target of Israel, was shelved at the last minute. 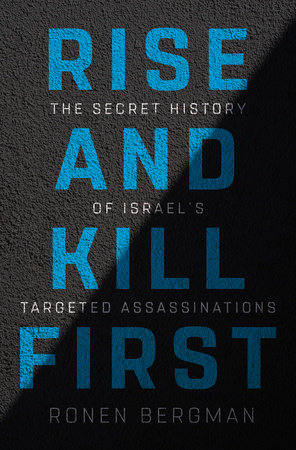 Bregman describes how, on the afternoon of October 22, 1982, two Mossad sources inside the PLO received information that Arafat would take off on a private plane from Athens to Cairo the next day, and two Mossad agents from the Caesarea branch arrived at Athens airport to identify Arafat boarding the plane.
At the same time, then-Defense Minister Ariel Sharon put pressure on the then Chief of Staff Rafael Eitan to advance the operation, and two F-15s were on the alert to take off from Tel Nof Air Force Base. The operation was the commander of the air force at the time, Major General David Ivri.

“You do not shoot without my permission,” Ivri told one of the pilots as described in the book. “You understand me, even if there is a communication fault and you do not hear my instructions, you do not shoot under any circumstances.”

At 14:05 on October 23, Mossad agents sent a message to the organization’s headquarters in Tel Aviv. “He is here, there is a certain identification of Arafat,” said one of the agents who was present at the airport in Athens, as described in the book.

Bergman interviewed Ivri during his work on the book. “I did not understand why Arafat planned to fly to Cairo, and the intelligence showed then that he had nothing to look for there, so I had to make sure that it was him and asked the Mossad to convey a definite identification that it was indeed a terrorist,” Bergman said.
“Stay with your eyes on the goal”

Mossad agents at the airport in Athens conveyed another message to the organization’s headquarters that Arafat was indeed the man who had arrived and was about to board the plane. At 4:30 PM, the plane took off and Ivri was ordered by Chief of Staff Eitan: to intercept the plane.

Ivry ordered combat pilots to take off. As they approached, the doubts in the heart of the air force commander continued to bother him. The Mossad continued to insist that the PLO leader was on the plane, and the military chief of staff pressed Ivry to give him more information about where the plan was. “Raful,” Ivri told Eitan. “We do not have a definitive identification that this is indeed Arafat.” 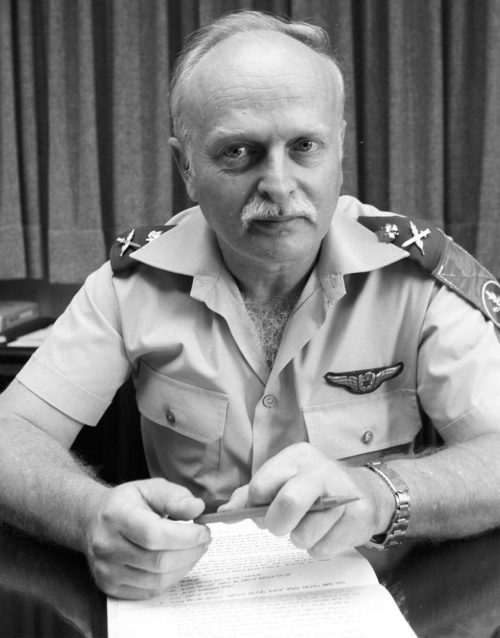 While the F-15s were making their way to the plane that had taken off from Athens, Ivri was working another way to obtain information so that the wrong person would not be killed. He contacted the IDF Intelligence Branch and the Mossad to receive a visual identification of the target of the assassination.

The book describes how five minutes before 5 PM and 25 minutes after the fighter planes took off from the base in Tel Nof, an urgent phone arrived. “There are sources who say that Arafat is not in Greece at all and it can not be determined that he is indeed at the airport.” Following the new information, Ivri ordered the pilots: “We are waiting for more information, keep your eyes on the target and wait.”
Another half hour passed and sources informed the Mossad and the Military Intelligence that the man who boarded the plane was Fathi Arafat, Yasser’s younger brother, who was a pediatrician and established the Palestinian Red Crescent.

The book describes that the information received was that young Arafat was on the plane with 30 Palestinian children who survived the massacre in the Sabra and Shatila refugee camp in Lebanon during the Peace for Galilee war and accompanied them to Cairo for treatment. It was at this stage that Ivri realized that he had been right all along when he had decided to delay the operation until he was confirmed.