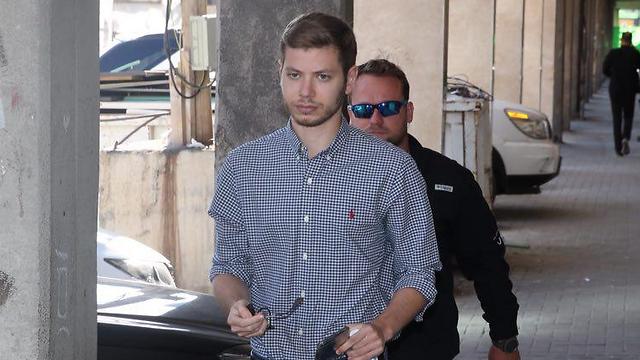 Isn’t it ironic that while Prime Minister Benjamin Netanyahu was fighting to pass the supermarkets bill, which vows to protect the sanctity of Shabbat, Channel 2 News aired a recording of his son’s adventures on a Friday night which had nothing to do with sanctity whatsoever?

The recording includes a conversation—more like drunk talk—between Yair Netanyahu and his friends, as they are driven from one strip club to another in a government car with a driver and bodyguard.

Their journey begins on Tel Aviv’s HaMasger Street and ends in the apartment of billionaire James Packer, another friend of Netanyahu Jr., who even gave Yair’s friend, Roman Abramov—who is with him in the car—a cushy job.

If this wasn’t the prime minister’s son, the Netanyahus may have had a point when they slammed the report as cheap and vicious gossip. But this young man, who sat in a car funded by all of us, with a driver and a security guard funded by all of us, who spoke about prostitutes in gutter language and even offered to set up intimate meetings between his friends and his ex-girlfriend—this young man isn’t everyone’s child.

And thank God for that. I believe there isn’t a single parent in Israel who wouldn’t die of embarrassment if his or her son were exposed in a conversation like the one that took place in that car.

Netanyahu’s Son to Gas mogul’s Son at Strip Club: My Dad Set Your Dad Up for $20 billion, pay for Prostitute

It’s not that we didn’t know who we’re dealing with here. Netanyahu Jr. has given us quite a few reasons to understand what has been growing in the garden bed at the Prime Minister’s Residence, from the story about how he gave a neighbor the finger when she asked him to pick up his dog’s waste to the story about how he cursed and walked out of an arbitration meeting with representatives of the left-wing Molad organization. Not to mention the false Facebook post in which he trashed former Prime Minister Ehud Olmert’s children.

It’s not that we have no clue about the young generation. We all have children. No one is being naïve. A conversation between young people, especially if they’re intoxicated, is never a Shakespearean experience. But what was revealed in the recording was not a regular conversation between young people. It goes beyond the vulgar, obscene discourse. For example, the disparagement and contempt towards women, and the realization of what that group had done several minutes earlier in strip clubs and the amount of money they had spent there and on what (“the 400 shekels were for the hooker,” as the prime minister’s son was heard saying).

Yair Netanyahu’s surprisingly quick apology, in which he claimed that the things he said don’t represent who he is or the values he was raised on, won’t help either.

I think we are aware of the values he was raised on: Netanyahu Jr. picks rich friends too. Like his mother and father, he expects them to pay for his leisure activities. His language isn’t very different from his mother’s language when she abuses her workers. And like his parents, he also feels he deserves everything, no matter how much it costs and who’s paying.

The things he said in that conversation in the car represent exactly who he is: A 26-year-old young man who has no job and lives at the state’s expense. A person who drags an entire security detail wherever he goes 24/7, costing the Israeli public millions. A person who is overwhelmingly involved in the state’s affairs, participates in state events, poses for photographs with world leaders—yet isn’t aware of the price this entails and acts like a spoiled and rotten child.

So even if what he told Nir Maimon, the son of Kobi Maimon, one of the owners of the Tamar gas field (“My father set you up with $20 billion, and you can’t even hook me up with a show for NIS 400?”), should be taken with a grain of salt and probably don’t call for an immediate investigation—there is clearly something very rotten in the Prime Minister’s Residence. And in his debaucherous behavior on a Friday night, Yair Netanyahu further exposed us to this rot. 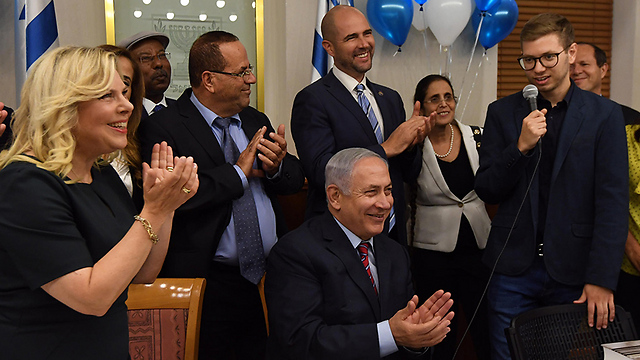 The question whether Avner Netanyahu needs an entire security detail to escort him on his after-army trip to Australia—and whether Yair Netanyahu needs a car, a driver and a bodyguard to take him out to clubs on Friday nights—should now be discussed more intensely. There is something unreasonable here, and like in the other Netanyahu affairs, we are all keeping quiet.

It’s hard to say how all this will affect Netanyahu’s position. Chances are it would make way for other things within a day or two. The question is how much more will we be willing to take, and what else has to happen before we say enough is enough.