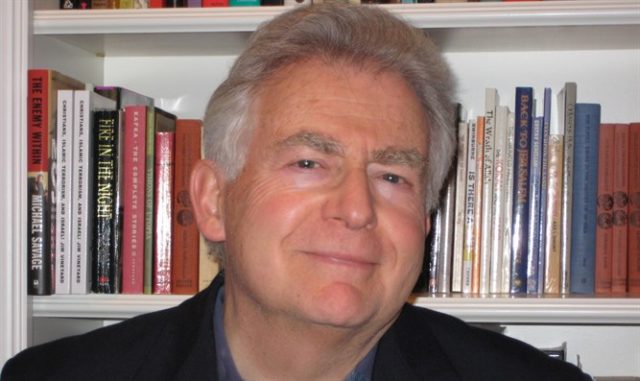 This timely and original scholarly book critically examines Israel’s rapidly evolving nuclear strategy, a subject with which the author has been authoritatively acquainted for many years. Now facing an unprecedented configuration of existential threats, and, as corollary, a potentially deteriorating “correlation of forces,” Israel’s leaders must consider such urgent and overlapping survival issues as deliberate nuclear ambiguity (the “bomb in the basement”); regional nuclear proliferation; Jihadist terror-group intersections with enemy states; rationality or irrationality of state and sub-state adversaries; assassination or “targeted killing;”preemption; and probable effects of “Cold War II” between Russia and the United States. As Professor Beres’ new book will explain, these issues underscore the overarching complexity of critical strategic interactions in the Middle East, including more-or-less plausible synergies between Israel’s chosen strategic policies, and also the expected reactions of its multiple and often “hybrid” enemies.

Throughout, the author’s examination of these issues expressly references pertinent considerations of international law, especially humanitarian international law (the law of armed conflict); terrorist extradition and prosecution; and anticipatory self-defense. Surviving Amid Chaos, therefore, is a book that presents an altogether original synthesis of strategic and jurisprudential factors regarding Israel’s nuclear strategy

Surviving Amid Chaos addresses these distinctly nuanced and interrelated questions.

Israel’s emerging strategic nuclear doctrine, we may learn from this book, can never be based upon singular threats. Always, this doctrine must always emerge from a suitably comprehensive consideration of all ascertainable security hazards, a consideration that looks at each particular threat from the much broader and more coherent perspective of vital “correlations” between them. An example would be the Iranian nuclear threat, which is examined here together with the prospect of a Palestinian state. Also discussed by Professor Beres is the role of certain relatively intangible components of enemy force correlations, especially Jihadist belief systems that promise immortality to “martyrs.” Here, in the context of examining Israel’s nuclear strategy, Surviving Amid Chaos considers a long-neglected source of correlative power in world politics – that is power over death. 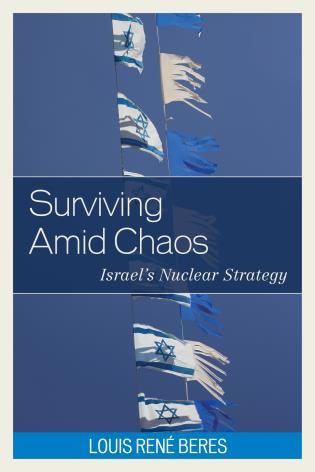 Professor Beres’ book also looks factually and precisely at different scenarios of regional nuclear proliferation, and at Israel’s corresponding obligations and opportunities. Will a newly nuclear Shiite Iran spawn additional nuclear aspirants in Sunni Egypt and/or Saudi Arabia? If so, what would this suggest about possible sub-state nuclear proliferation hazards, to both Shiite (e.g., Hezbollah) and Sunni (e.g., ISIS) terrorist organizations? Should Israel plan to deal with these multiple and intersecting threats with more frequent and more devastating “self-help” resorts to preemption (including assassination and “regime targeting”), or instead by fashioning long-term strategies of deterrence? Moreover, the book inquires, is there a forseeably productive role here for the United Nations and world diplomacy, or do persistently “Westphalian” international relations render moot any such expanded collective security role?

Most importantly, perhaps, Surviving Amid Chaos focuses especially upon the question of “deliberate ambiguity,” or the “bomb in the basement.” Looking ahead, should Israel’s strategy favor a shift to certain potentially useful forms of “disclosure,” or should Jerusalem continue with its historic position of “no comment?” As the Chair of Project Daniel (PM Sharon, 2003), and as the editor of Security or Armageddon; Israel’s Nuclear Strategy  (Lexington Books, 1986) – one of the very first books to consider this question – Professor Beres looks intensely and authoritatively at these particular issues. Among other things, his book will explain why the best argument for ending deliberate nuclear ambiguity has nothing to do with simply re-stating the obvious, but rather with the deterrence-enhancing advantages of undertaking certain limited and incremental disclosures. Iran and other centers of future nuclear threat could be more durably deterred by Israel’s nuclear strategy if that strategy suitably expressed the usability, survivability, and penetration-capability of Israel’s indispensable nuclear forces.

“Israel is surrounded by enemies. Collectively these adversaries have more arms and ammunition than Israel. Fluid positions have existed since 1948. Now prospective enemy nuclear weapons add to the problem and the breakdown of the surrounding Arab countries becomes a force multiplier. Louis René Beres’ book shines an illuminating analytic light on this dark issue.”

“Professor Beres has been a prolific, influential, and important commentator on this issue for years. While I do not always agree with Professor Beres, there is no doubt this book is a ‘must read’ regarding the Israel-Iran—nuclear weapon discussion. He compellingly makes a cogent, cohesive, and thought-provoking argument regarding this most complicated ’triangle.’ For that, Professor Beres is to be warmly congratulated.”

“Professor Louis René Beres, one of the world’s most knowledgeable experts on Israeli military policy, has written the definitive work on that country’s current strategy in meeting and deterring existential nuclear and military threats. An advisor to Israeli governments past and present, Dr. Beres explores in depth the most urgent security issues facing Israel today.”

“A timely, perspicacious, erudite analysis of a signal problem which not only brings clarity to but also significantly informs a critical issue of international concern.”

“Is there any connection between the current chaos in the Middle East and Israel’s Nuclear Strategy? Are we reaching the point where Israel will have to desert its nuclear ambiguity policy? This book is a must-read for anyone who is seriously interested in understanding these complex questions.”

“Louis René Beres in this important book has made a brilliantly cogent analysis of the various related issues, with particular emphasis on what he calls Israel’s ’deliberate nuclear ambiguity policy.’ If Professor Beres’ examination of the facts in this matter had been important before, his up-to-date observations in his new book have greater significance and urgency in view of the Nuclear Arms Agreement with an unfettered Iran, threatening Israel with annihilation, and exacerbated by a potential nuclear arm race in the region in response to the above, on the one hand – and the general chaos in the Middle East, on the other hand. And all the above on the background of what some consider the backhandedness and confusion of the West towards the geopolitical changes in the region. Professor Beres in his book provides not only an instructive overview, but also proffers ideas which may lead to significant decisions on Israel’s part in the matter.”

“Purdue Professor Louis René Beres is an internationally recognized author and expert on nuclear weapons proliferation and strategic realities for Israel and the Middle East. The existential threat to Israel has increased in complexity since he was Chairman of the 2003 Project Daniel under Prime Minister Sharon. The objectives of the 1970 Nuclear NonproliferationTreaty have failed and today brings into question the deterrence effectiveness of Israel’s policy of ‘Nuclear Ambiguity.’”

This Article was first published at Israeldefense.co.il