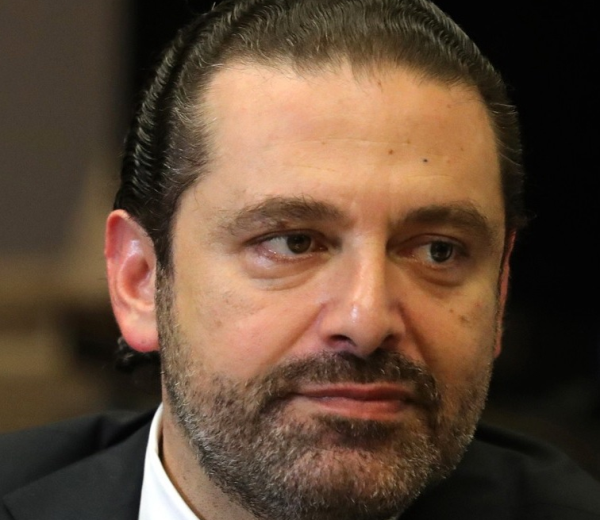 How does Saudi Crown Prince Mohammad bin Salman stand to gain, if at all, from Lebanese Prime Minister Saad al-Hariri’s tumultuous resignation? It depends which expert you believe and which media outlet you rely on.

There’s one thing all camps agree on: Hariri, who was summoned to the king’s palace in Riyadh twice in four days the week before his resignation, had no intention of stepping down. The second time, he got off the plane straight into the arms of Saudi security guards. His and his escorts’ cell phones were confiscated and he was instantly disconnected from the wide world. He was seated in front of television cameras and the crown prince’s message box was shoved into his hands. Hariri himself sounded as if he didn’t believe his threats to cut off Iran’s hands in Lebanon.

Moreover, those who peeked at the Lebanese prime minister’s schedule before and after the last flight can reach only one conclusion: A person who plans to quit and flee Lebanon does not fill his timetable with meetings with IMF and World Bank representatives, with the directors-general of his government’s water and economy ministries and with three ministers.

Bin Salman, however, had other plans. He knew that Oger, Hariri’s huge construction empire in Saudi Arabia was faltering due to a $9-billion debt, and he knew that a resignation would get Hariri in trouble with thousands of laborers, who are now threatening to sue their employer, who is no longer protected by immunity. Bin Salman is also threatening to cut the aid to Lebanon, plunge the country into a deep economic crisis and convince US President Donald Trump to step up the sanctions against Hezbollah and against Iran.

If up until a week ago Hariri was a billionaire controlled by Saudi Arabia, after the resignation he turned into a hostage under tight security. The obsessive tweeter from Beirut has disappeared from social media as well, and the managers of the new agenda won’t let him return. How can he return, after whining that there is an assassination plot against him? If there are no threats, why did he resign?

Lebanese President Michel Aoun, who is very close to Hezbollah, said Saturday that Hariri had been “kidnapped” by Saudi Arabia. Hezbollah Secretary-General Hassan Nasrallah said: “This must be said loud and clear. The Lebanese prime is being held in Saudi Arabia under house arrest.” A huge poster of the Lebanese prime minister with the caption “We are all Hariri” was hung in Beirut over the weekend.

Meanwhile, the United States has also called on Hariri to return to Beirut: “If he’s going to step down, as I understand it, he needs to go back to Lebanon to make that official,” US Secretary of State Rex Tillerson said Saturday. “I’m hopeful that if it is still his intention to leave that he’ll do so in order that the government of Lebanon can function properly.”

In the updated profiles of the world’s intelligence agencies, including the Israeli, bin Salman is portrayed as hasty and impatient. The Islamic State’s collapse, his miserable failure in driving Bashar Assad away from the presidential palace in Damascus and the ongoing war in Yemen, which is costing the Saudis hundreds of millions of dollars and is far from ending, have reversed his working plan.

First of all, Tehran: When the Quds Force stretches half of the Shiite Crescent from Iran through Iraq and Syria, and races to Lebanon with Nasrallah paving the way, it is seen as theft in broad daylight of outposts that have been removed from Saudi influence. Hariri, as bin Salman sees it, didn’t lift a finger: He didn’t complain about the forced partnership with Hezbollah in the government and didn’t threaten to leave. His tumultuous removal, on the other hand, creates confusion, tension and an explosion of rumors and speculations, and is aimed at sending Lebanon into a tailspin.

The unconvincing wording of the resignation motives was intended for the American president’s ears. The Saudi crown prince, who believes Trump is his ally, is sending his mouthpieces to vilify Iran, smear Hezbollah and strengthen the dialogue with Washington and with Israel. Yes, no one will confirm it, but the dialogue is alive and kicking behind the scenes. We just have to pay attention to Prime Minister Benjamin Netanyahu’s silence and to the recommendation that Israeli diplomats voice their support for the Saudi plan (not the “Saudi peace initiative,” God forbid) and be careful not to criticize Riyadh.

In this article:Finance, Saudi Arabia, lebanon