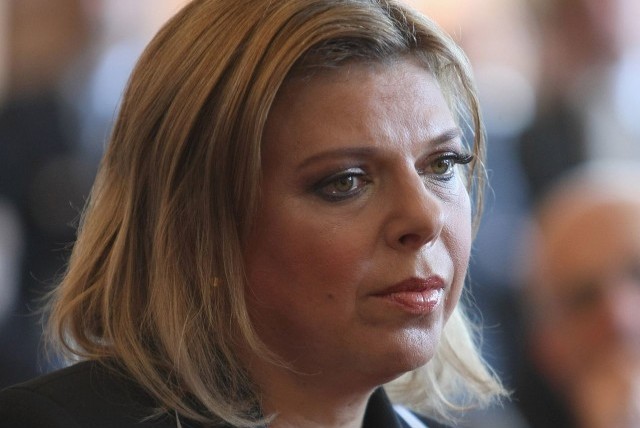 Reading the full statement of claim against Sara Netanyahu creates a lot of discomfort. Unsurprisingly, the lawyer who filed the claim on behalf of a former employee at the Prime Minister’s Residence is the same lawyer who represented Meni Naftali and Guy Eliyahu, two former workers who sued the Prime Minister’s Office and won.Granted, labor law is a specific field in which not many law firms specialize, but a review of the statement of claims indicates this is not a coincidence. Absolutely not. The statement of claim, in an almost declarative manner, attempts to educate the prime minister’s wife on labor laws.

The statement of claim’s wording goes way beyond professional boundaries. Throughout, for example, the lawyers chose to refer to the residence’s cleaners, who worked under Mrs. Netanyahu’s supervision, as “slaves.” That is, of course, far from acceptable neutral wording in court claims, and it doesn’t appear just once. It repeats itself throughout the entire statement, dozens of time

These are just two examples that generate a feeling this is not a regular statement of claim. This isn’t a legitimate attempt by an employee to demand the financial rights she claims she has been robbed of, or to receive compensation for mental difficulties or abuses she experienced. This is a well-timed, calculated campaign.

Its purpose is, first of all, to keep tarnishing Sara Netanyahu’s public image and, moreover, to personally harm her. This is also why, unlike previous statements of claim, this one is personally directed at Sara Netanyahu.

For the same reason, it is personally directed at three of Benjamin Netanyahu’s senior employees, although their only connection to the matter is as part of their work with the prime minister.

In spite of all these warning sirens, however, we must honestly admit that even if only a quarter of the allegations included in the statement of claim—after removing all the unnecessary harsh words—are true, we have a real problem here. If this is the way things are conducted at the Prime Minister’s Residence, this isn’t simply a private matter of the Netanyahu family and its personal surroundings.

There are two high-ranking officials in Israel entitled to an official residence in the full sense of the word, the prime minister and the president, as there is no real separation between their personal and public life. The public is personal and the personal is public. So if this is the way life is conducted at the Prime Minister’s Residence, it’s difficult to see how this fact doesn’t carry any public meaning.

In this article:Sara Netanyahu, Finance, Lawsuits