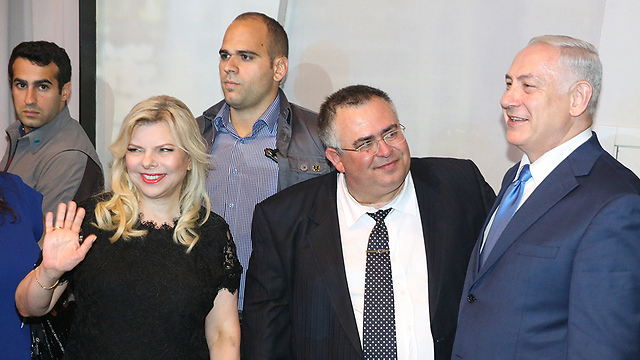 Likud lawmakers are gearing up to renew efforts to promote new legislation designed to make MKs serving PM Benjamin Netanyahu immune from investigation, a move which Yedioth Ahronoth has learned is expected to be blocked by Attorney General Avichai Mandelblit.

Discussions about the controversial initiative, which has been dubbed the “French Bill” and which was originally promoted by Prime Minister Benjamin Netanyahu loyalist MK David “Dudi” Amsalem, were repeatedly postponed by the Knesset Ministerial Committee on Legislation.

The fresh impetus being injected into the legislation comes as the police prepare to renew corruption investigations involving the prime minister which was temporarily shelved for the High Holy Days period.

“The public that is the sovereign chooses the prime minister in order to lead the country, and that is what is most important,” Amsalem contended. “Unfortunately, they are taking a side issue and turning it into something important.”

Joining Amsalem at the forefront of the legislative battle being fought on behalf of Israel’s premier, swamped by a flood of corruption probes, is MK David Bitan, with the duo set to expedite in the coming weeks, according to report on Channel 2, the process for pushing the bill through in a bid to once and for all shield their boss from police scrutiny.

According to legal sources, however, the postponement of investigations of incumbent prime ministers would be tantamount to inequality in law enforcement and send a message that the “prime minister is above the law.”

The proposed law would constitute an amendment to Israel’s Basic Law: The Government. The new bill stipulates that criminal investigations against a sitting prime minister cannot be conducted for corruption, fraud or breach of trust.

According to the framers of the bill, the aim is not intended to enable prime ministers to evade justice for wrongdoing, but simply ensures that the time during which a prime minister serves is not included in the limitations period. This would still allow for investigation and possible prosecution after the prime minister’s term ends.

Nevertheless, officials in the Justice Ministry insist that the bill is not necessary, not to mention problematic. According to them, every decision pertaining to investigation of a serving prime minister is taken after intensive considerations by a team from the Attorney General’s office and the State Prosecutor’s Office.

“Every decision on the issue of actions against a sitting prime minister goes back and forth by the senior team which is aware that this is not just an elected prime minister, but also a serving prime minister who is extremely busy and that the investigation against him could weaken his position,” sources in the ministry said.

Since the screening and considerations are so rigorous, the officials claim, imposing restrictions on the investigation is pointless since in any case it will only be made possible following the compiling of solid evidence.

Members of the opposition lined up to slam the initiative. “This bill is intended to save Netanyahu,” warned Zionist Union MK Yoel Hasson when the bill was first brought for discussion. Others claimed it was intended to “send a message to investigators, who should know that investigating the prime minister is about to become illegal.”