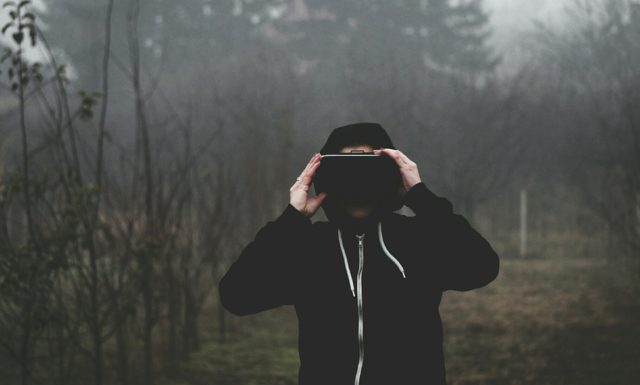 No matter where you look nowadays it’s never been easier to enjoy a gaming session. Thanks to high-speed broadband and mobile connectivity most of us now carry a powerful miniature games platform all day that handily makes phone calls as well. At home, it won’t be long before VR takes over the gaming room. Gamblers have never had a better range of casino games to play. Even sports fans are increasingly having their heads turned towards the rapidly growing e-sports tournaments.

Gaming is certainly enjoying a golden era, and the good news is that thanks to ever-improving technology there’s plenty more to come yet. So let’s take a look at the ways each core gaming sector has been influenced by the incredible advances of recent years.

Casinos Have Never Been Better

The gambling industry is rightly proud of always being at the forefront of adapting to new technology. Online casinos now offer a staggering assortment of slots, table games, live dealers, in-match betting – the list goes on – that it has never been a better time to enjoy a flutter or two. Interestingly, casino slot games are becoming increasingly popular to enjoy for free play thanks to forward-thinking production companies now optimizing their portfolio specifically for smartphones.

Truth be told there’s very little cause to actually visit a live casino or bookies anymore. Sure casinos will always be around because they are an integral part of many cities nightlife, but anything the bookie can offer is now available via a smartphone with an internet connection. Throw in casino companies falling over themselves to offer sign up/loyalty bonuses and it’s no surprise why the gambling trade is enjoying a global boom.

We have the internet to thank for the vast majority of games now coming complete with online multiplayer. An interesting trend over the last couple of years has been production companies actually placing the online experience ahead of the classic singleplayer story. A good example of this would be 2013’s GTA V which still remains one of the most popular games online. Even though it was an instant sellout when released, even in two years later the game was still the 6th highest selling game with an estimated 75m copies now having been sold. This is all because of the multiplayer world, which Rockstar is happy to keep constantly updated thanks to the seemingly endless additional revenue it delivers.

For players, this is a mixed bag. Despite some games still delivering a world-class solo adventure (Last of Us) without the need for multiplayer features, the vast majority now focus more upon online play ‘after the event’ than upon the core product. Battlefield 1 is a prime example of a game where many players may not even bother with the solo campaigns that seem tagged on as an afterthought.

Smartphone gaming is a huge business with the likes of augmented reality showing how we are still only at the tip of the iceberg when it comes to unlocking the full potential of mobile gaming. The advantage smartphones have over consoles/PC is that the vast majority of people own the device anyway, so why not check out some games? This seems to be the common trend of thought for more users than not. Research suggests that as many as 7/10 people who take up a new phone install some kind of game within their first week of ownership. Consider that this statistic is cross demographic and it shows how wide the appeal of gaming apps now is.

Virtual Reality Is Still To Come…

Technically VR is already here in one sense or another, but the next few years are set to see dedicated virtual reality gaming explode onto the scene. Major releases – especially the large franchises – are starting to offer some kind of VR compatibility but the real big news will be when the first dedicated hit games are released in the next few years. Gaming will be essential in ensuring people finally take up VR this time around, and with hardware only getting better the coming years are set to be very exciting indeed.