Indian authorities announced Monday that the two policemen, husband, and wife, who claimed to have climbed the peak of Mount Everest, the highest mountain in the world, were fired after it became clear that they had lied to everyone and falsified photos of their “type” in Photoshop.

Nepal last year officially stated that the photographs that ostensibly documented the departure of the Indian couple Dinesh and Tarakeshwari Rathod, to the Everest summit on May 2016 were fake. The pictures of the two caused a storm in the mountaineering community, and various details in the pictures raised doubts about the two’s claim that they reached the top and thus became the first Indian couple to climb to the summit of Everest. Nepal denies an official permit, a certificate that is supposed to testify that indeed occupied the summit of Mount Everest, issued to them, and forbade them to climb in the area for ten years.

After the measures taken by the authorities in Nepal, the matter passed to court. The city police in Pune, India, announced that the couple had dismissed from service. “We expelled them from service on Saturday after an internal investigation of the department completed,” police chief Puna Sahbruo Patelli told AFP. “We found that they gave the media false information, cheated the governments of India and Nepal and forged pictures to show that they reached the top of Everest, which they did not do.”

The Rathods claimed to have reached the peak of Mount Everest (8,848 meters) on May 23, 2016, but other mountaineers cast serious doubt on their claims and said their photos from the alleged summit were forged in Photoshop. 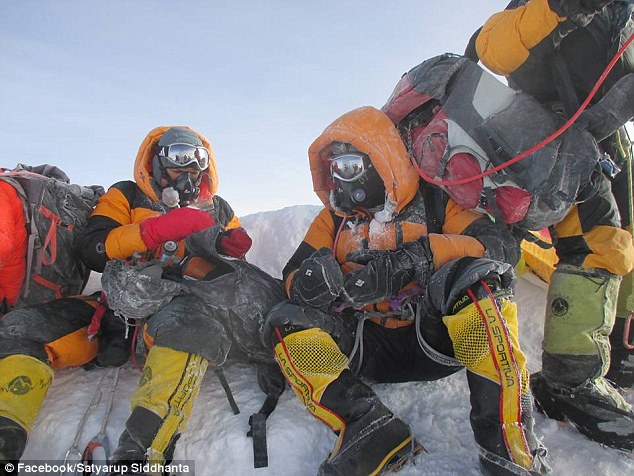 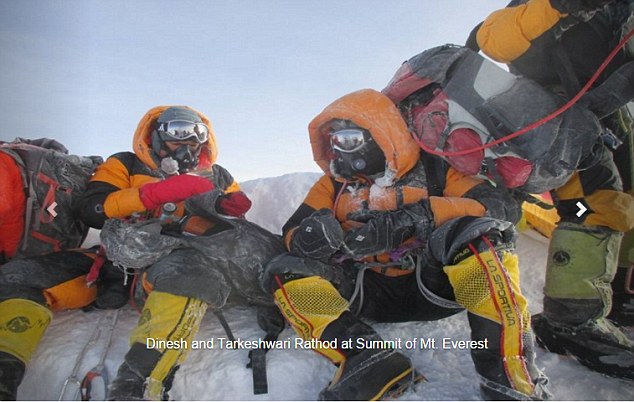 One central claim concerned the fact that in images the couple seems to be wearing different clothes from their route to the summit, and the ostensible peak. Even different boots. Mountain climbers emphasized that it is highly unlikely that climbers will change clothing on their way to the top due to the high cold, strong winds and oxygen depletion energy.

Another key claim was that another Indian climber, Satyarup Siddhanta argued that the couple used two pictures he had taken at the summit, and modified them in Photoshop so that they would appear to them and some of the details would look different.

Other climbers who were in Base Camp when the Indian couple arrived there also testified that given the date they saw the couple in the camp, there is no chance that they could have reached the summit on May 23. The fact that the couple only announced at the beginning of June, almost two weeks after May 23, that they managed to make it to the summit was also suspicious. 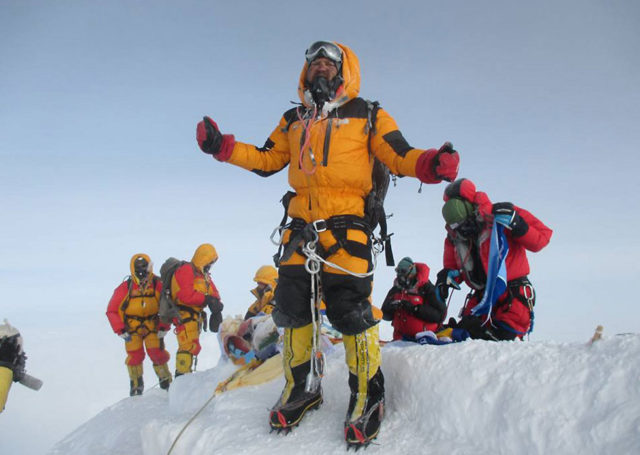 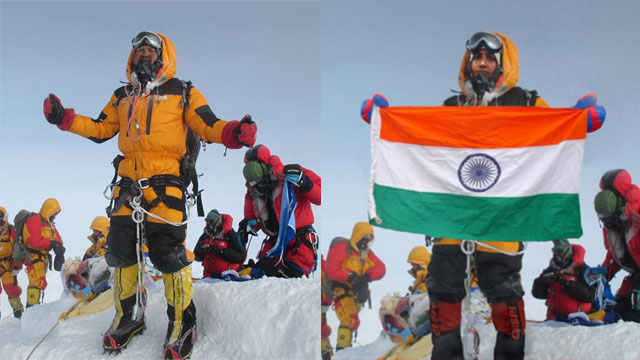 Many climbers who have made it to the summit of Everest have turned their achievement into a major economic lever and later developed careers as writers or lecturers on topics such as motivation. Close to 450 people, including many foreign tourists, managed to climb Everest peak during the climbing season this year. Before 2016, there were two consecutive years of mountain disasters that stopped almost all attempts to climb to the summit.

Tourists who climb the mountains, especially in Everest, are a great source of income for impoverished Nepal. The fact that many people have made it to the summit this year is expected to strengthen the industry, which was hit by the earthquake in Nepal last year that killed nearly 9,000 people.

In this article:Finance, nepal, Weird stories