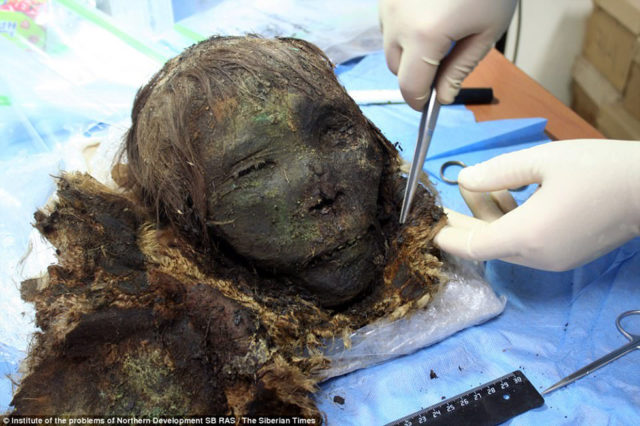 An emaciated mummy of “Arctic beauty” was found near the Arctic Circle, north of Siberia. It has been buried for 900 years in the ice layer – and it is still possible to identify the long lashes, full hair, and impressive teeth.

Scientists removed the body from a copper and fur pouch in which it was buried in the frozen layer of soil in the 12th century, leaving its face almost intact all those years and it has actually become an Arctic mummy.

The woman, who is about 1.55 meters tall, died about 35 years of age and was the only woman who was buried alongside the men. Temple rings were found near the skeleton, wrapped in the skin of an animal, probably a deer. Like the remains of other humans, the Medieval Age mummy feet faced the Gorny-Poly River as part of a religious tradition.

The Siberian Times said the green color on her face was a copper container that was supposed to protect her on the way to life after death – and eventually helped to preserve the unique face.

This woman was a member of an unknown civilization located north of Siberia. The skeleton of a baby girl (no teeth, due to such a young age) was also removed during the excavations at the Zeleny Yar site near Salad. According to estimates, the baby has no connection to the woman. 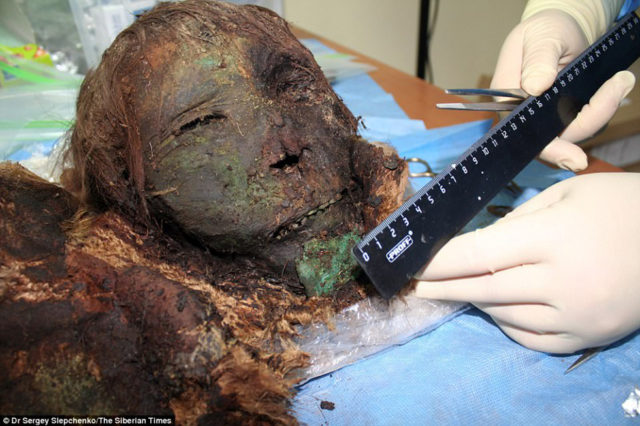 Archaeologist Alexander Gusev, of the Arctic Research Center of Russia, confirmed that this was the first female corpse found at the burial site: “You can see the face that this is a woman, and this completely changes our perception of the burial site. We have a woman, that’s amazing. ”

One explanation is that this woman had a special status in a society that survived by hunting and fishing, and was therefore buried alongside the men. Following the findings, Russian and South Korean researchers will conduct various tests, including DNA.

“The world has two embalming – artificial and natural,” says Dong Dong-Xin, of the National University of Seoul. “The most prominent examples of artificial mummies are the mummies in Egypt. Natural embalming occurs when there are certain environmental conditions such as ice, the presence of copper objects at the burial site And this is happening in the deserts and the north, and arctic mummies, like those found now, are very rare,” he explained.

Previous finds at the Zeleny Yar burial site included bronze cones originating from ancient Persia, 6,000 km southwest, and a “red man” buried next to a bronze buckle with a brown bear painted on it. 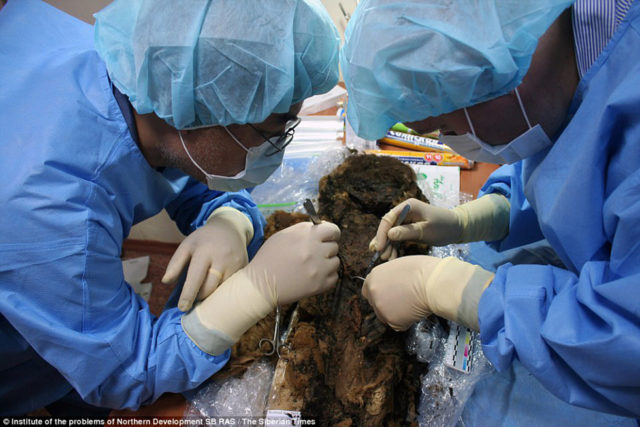