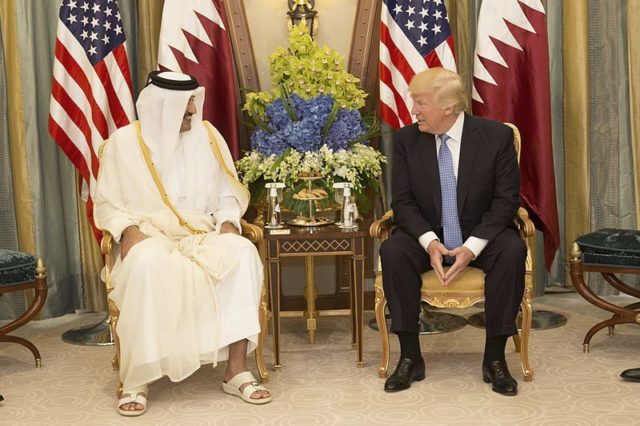 Kuwait on Friday submitted a list of demands it must comply with to end the boycott declared by Saudi Arabia, Egypt, the United Arab Emirates and Bahrain. The list includes 13 requirements, including the closure of the Al-Jazeera network, the severance of diplomatic relations with Iran, the cessation of military cooperation with Turkey, the immediate closure of the Turkish military base in the country, and the payment of financial compensation to victims of the boycott countries.

In the document of requirements reached by AP, the boycotting countries placed some conditions on Qatar regarding the connection with terrorist organizations. Qatar must stop funding any organization known as a terrorist organization by the United States and sever all ties with the Muslim Brotherhood, Hezbollah, al-Qaeda and the Islamic State (Da’ash). Hamas not mentioned. It was also asked to extradite all terrorist operatives in its territory sought by the four states or included in the US terror lists and to confiscate their assets until they closed. It should also provide information on the funding of opposition organizations in Saudi Arabia and other countries.

As for the severance of relations with Iran, Qatar must officially declare its diplomatic representation with Iran to close; all diplomatic missions should close, all the people associated with the Revolutionary Guards should be left and are in its territory. Also, it said that it would be able to conduct economic cooperation with Iran, but in a manner that would not violate American and international sanctions against Iran and in a way that would not harm the security of the Gulf states. At the same time, it said that Qatar must stop any military or intelligence cooperation with Iran.

The demand to shut down the Al-Jazeera network will probably include the closure of its subsidiaries, including Al-Jazeera in English. The require comes against the backdrop of neighboring claims by Qatar that the network creates tension in the region and supports the Muslim Brotherhood movement. It further noted that to prevent Qatar from interfering in domestic affairs in the boycotting countries, it is required to stop citizens from these countries and expel those in Qatar.

A few hours before the AP published, the document leaked in Arabic to social networks. The requirements on the leaked list are similar to the demands of AP.

According to the document, if Qatar agrees to the terms it will undergo a review each month during the first year of the agreement, then once a quarter in the second year. Then Qatar will be measured

In its compliance with conditions once a year for the next decade.

Saudi Arabia, Egypt, the United Arab Emirates and Bahrain cut ties to Qatar two weeks ago over allegations the Persian Gulf country finances terrorism.  US President Donald Trump joined the argument, while the United States called on the boycotting countries to set up a list of conditions to stop the boycott. Kuwait volunteered for a bridge between the two sides.