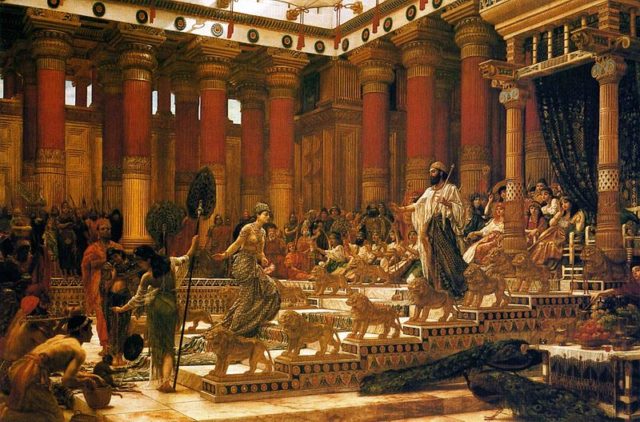 The Visit of the Queen of Sheba to King Solomon’, oil on canvas painting by Edward Poynter, 1890

Some believe that the fabled mines of King Solomon were located among copper smelting camps in Israel’s Timna Valley. The arid conditions at Timna have seen the astonishing preservation of 3,000-year-old organic materials, which have provided Tel Aviv University archaeologists with a unique window into the culture and practices of a sophisticated ancient society.

An advanced military fortification — a well-defined gatehouse complex — unearthed recently at Timna, including donkey stables, points to the community’s highly-organized defense system and significant dependence on long-distance trade. The research was recently published in The Journal of Archaeological Science: Reports.

The fortification dates to the reigns of Kings David and Solomon in the 10th century BCE.

“While there is no explicit description of ‘King Solomon ’s mines’ in the Old Testament, there are references to military conflicts between Israel and the Edomites in the Arava Valley,” says Dr. Erez Ben-Yosef of TAU’s Institute of Archaeology and one of the leaders of the Timna research and excavation team, along with his colleagues Dr. Lidar Sapir-Hen and Dr. Dafna Langgut.

“According to the Bible, David traveled hundreds of miles outside of Jerusalem and engaged in military conflict in the desert — striking down ‘18,000 Edomites in the Valley of Salt.’ Now, having found evidence of defensive measures — a sophisticated fortification — we understand what must have been at stake for him in this remote region: copper.” 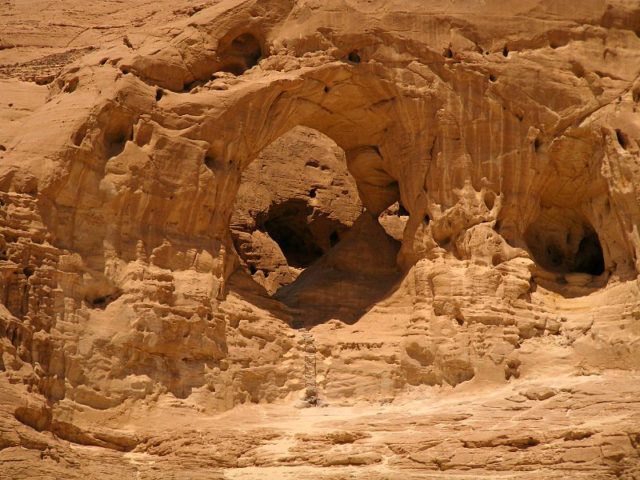 “Copper was a rare product and very challenging to produce,” Dr. Ben-Yosef continues. “Because copper — like oil today, perhaps — was the most coveted commodity, it landed at the very heart of military conflicts. The discovery of the fortification indicates a period of serious instability and military threats at that time in the region.”

In the remarkably intact two-room fortification, located in one of the largest smelting camps in the Timna Valley, the researchers also found evidence of a complex long-distance trade system that probably included the northern Edomite plateau, the Mediterranean coastal plain and Judea. The complex featured pens for draught animals and other livestock. According to precise pollen, seed, and fauna analyses, they were fed with hay and grape pomace — high-quality sustenance that must have been delivered from the Mediterranean region hundreds of miles away.

“The gatehouse fortification was apparently a prominent landmark,” says Dr. Ben-Yosef. “It had a cultic or symbolic function in addition to its defensive and administrative roles. The gatehouse was built of sturdy stone to defend against invasion. We found animal bones and dung piles so intact, we could analyze the food the animals were fed with precision. The food suggests special treatment and care, in accordance with the key role of the donkeys in the copper production and in trade in a logistically challenging region.” 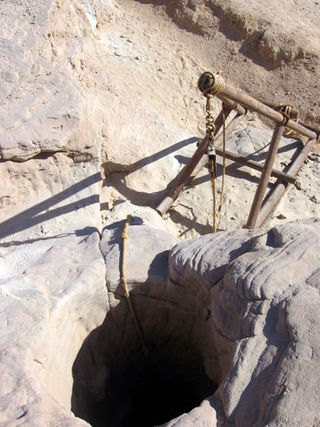 Archaeology and the Old Testament

The site was discovered in 1934 by the American archaeologist Nelson Glueck. He called the copper smelting site “Slaves’ Hill,” because he believed it bore all the marks of an Iron Age slave camp, complete with fiery furnaces and a formidable stone barrier that seemed designed to prevent escape. But in 2014 Dr. Ben-Yosef and colleagues debunked this theory, revealing that the diets and clothing of the smelters — perfectly preserved by the desert conditions — pointed instead to a hierarchical, sophisticated society. 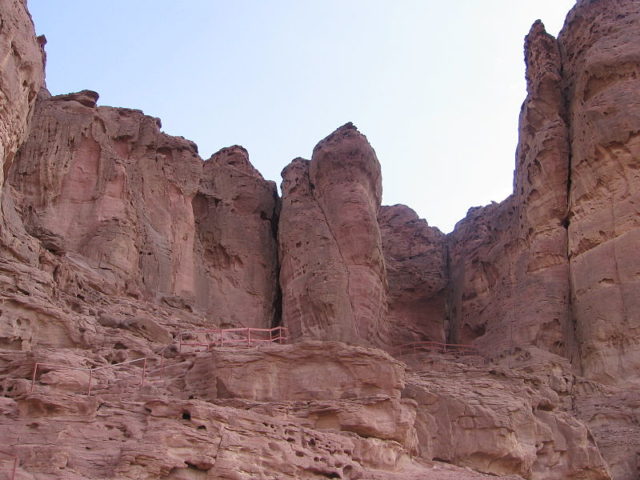 “The historical accuracy of the Old Testament accounts is debated, but archaeology can no longer be used to contradict them,” Dr. Ben-Yosef observes. “On the contrary, our new discoveries are in complete accordance with the description of military conflicts against a hierarchical and centralized society located south of the Dead Sea.”

Dr. Ben-Yosef and his team plan to continue exploring the ancient societies that worked in these remote copper mines. “The unique preservation of organic materials in Timna, coupled with 21st century research methods including ancient DNA and residue analyses, bear the potential for additional significant discoveries in the future,” says Dr. Ben-Yosef.

Advertisement. Scroll to continue reading.
In this article:Finance, Israel Archeology