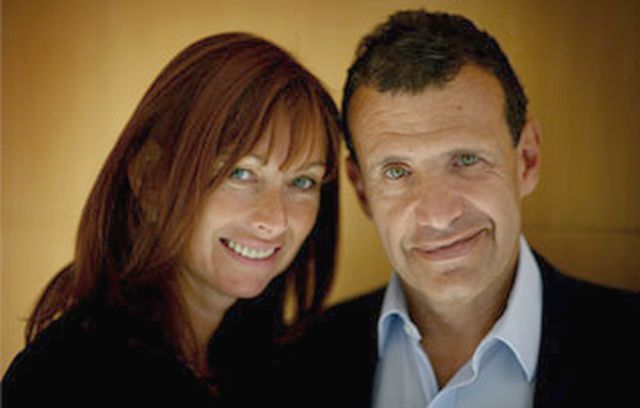 Chaim “Poju” Zabludowicz, Finnish-British-Israeli billionaire, said to give voluntary testimony to police while he was visiting Israel this week, in one of the corruption investigations into Prime Minister Benjamin Netanyahu and his family,

According to Channel 2, during the entire time when Benjamin Netanyahu served as finance minister and prime minister the billionaire may have given sizable financial gifts to the prime minister.

Zabludowicz told Channel 2 that Zabludowicz is not a suspect in the matter, and “the police warmly thanked him for his evidence.” He was asked not to contact the Netanyahu family.

Zabludowicz owns London based venture capital Tamares which was founded by Poju’s father, Shlomo Zabludowicz. This global group has international investments in number of different private and public companies in technology, communications, real estate, finance, manufacturing, media and leisure. Among others he invested in several Israeli companies.

His net worth of £1.5 billion ranked him at 67th by The Sunday Times Rich List 2016 of the wealthiest people in the United Kingdom.

Zabludowicz was in Israel for his birthday, when was called by the police for questioning regarding his relationship with the Netanyahus.

Following this interview, the police apparently coordinate another questioning session with the Prime Minister, during which he will have to give his version of the relations with Zabludowicz.

Zabludowicz is one of a growing list of billionaire friends from whom Netanyahu and his wife Sara are alleged to have accepted expensive gifts.

In this corruption case the PM Netanyahu and his family are alleged to have received pink champagne, most expensive cigars and jewelry from billionaire Hollywood producer Arnon Milchan, as well as paid favors from Australian billionaire James Packer, for their son Yair.

The gifts affair (Case 1000), is only one of serial contraption cases under police investigation. In addition, prime minister is a key suspect in an investigation known as Case 2000, in which the Netanyahu allegedly reached an illicit quid pro quo with Arnon “Noni” Mozes, the owner and publisher of the Yedioth Ahronoth newspaper empire, to forward legislation that would weaken the circulation of Yedioth rival Israel Hayom which owns by Sheldon Adelson, Netanyhu supporter, in exchange for muting the paper’s critical stance towards Netanyahu.