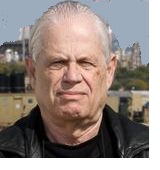 Just before he was inaugurated President of the United States, Donald Trump declared that America’s anti-missile missiles are not sufficient to the task of defending the United States from attack. About a year ago, Russian President Vladimir Putin announced a 40 percent increase in the Russian arsenal of RS-24, self-homing and maneuvering, thermo-nuclear chirurgical missiles These missiles have a range of 6,000 kilometers and carry 15 splitting warheads, each of which has an explosive capability equivalent a half mega-ton of TNT.

In 2010, Putin pushed Barack Obama to shamefully give up on plans to furnish Poland and Czechia with the PAC-3 anti-ballistic missile system. Putin did so by deploying the newly developed Russian Iskandar-M ballistic-cruise missiles closer to the borders of Poland and Czechia.

The recent US-Iran nuclear deal has not a single word about ballistic missiles. Why? Because everybody knows that it is practically impossible to prevent a nation from developing them.

So why is all of this happening?

The answer to this question begins somewhere in the mid-1980s. At that time, then U.S. President Ronald Reagan put a half-trillion USD into a program called the Strategic Defense Initiative (SDI). This initiative, which became better known as Star Wars because of its use of space based technologies and futuristic style which felt like something out of a science fiction movie, intended to use anti-ballistic missiles (ABMs) to defend America and its allies against the threat of a possible attempt by the Soviet Union to launch a preemptive nuclear first strike on the West.

In spite of widespread criticisms that SDI would only heat up the Cold War and violate treaties against the development of ABMs, several countries and defense contractors eagerly jumped at the opportunity possibly because of the money to be made from its 12 figure budget. The Reagan administration has assigned the Star Wars program to an ad-hoc group called the Ballistic Missile Defense Organization (BMDO).

But from the outset, the BMDO was tied closely to and dependent on the Pentagon. This is something which no one has been willing to question, let alone discuss. As it quickly turned out, the BMDO has passed its scientific/technological authorities to privet US counseling companies and individuals, such as POET in Washington D.C.

The BMDO is today known as the MDA – Missile Defense Agency. But it still suffers from the same basic problem: it only serves the very corporations which develop the interceptors. In Israel this can be seen in the enthusiastic, no-questions-ever-asked support which MDA gives to the Arrow-2, an Israeli anti-missile missile. Unfortunately, though, the Arrow-2 is nothing but a meaningless, inefficient pipe. Costing taxpayers $5 million a piece, it has pathetically failed all of its tests in the US.

The scheme of using private entities to supervise the program has been utilized by other Star Wars allies, such as Israel. In Israel a private enterprise named Wales Ltd., which is based in Ramat Gan, was assigned to supervise the Arrow missile development program. It is evident that other nations have copied this practice of allowing private businesses control over their Star Wars related missile programs.

Avihu Ben-Nun was the chief of Staff of the Israeli Air Force when the SDI program was first proposed. His position on Star Wars was that it was nonsense, would not work, and that the Israeli government was only interested in participating in SDI for the money provided by the American government. It is clearly arguable today that General Ben-Nun’s words were prophetic.

So what can we say about the Strategic Defense Initiative today, more than 30 years after it was first proposed?  Well, it is clear that no one in the world has yet figured out how to really use missiles to defend against an attack by missiles. The alleged successes of Israel’s Iron Dome system in shooting down short range rockets and missiles notwithstanding, we continue to live in a politically-stabilized equilibrium of ballistic missile terror.

How has this been done?

This is the half a trillion dollar question, for which I happen to have the answer. First of all, it is in the interest of defense contractors to never solve the problems of ballistic defense by developing accurate and successful ABMs.

Let’s look at the Israel Air Industry (IAI). This is the firm which developed the Jericho – an Israeli ballistic missile. Once a sufficiently cost-effective defense against the Jericho missile is developed, no one will ever want to buy it again. So the arms industries of the world have no wish to develop a truly effective anti-ballistic missile defense system which could make ballistic missiles obsolete because, obviously, it would hurt their bottom lines. Better to take the billions made available to try and then fail to do so.

But this fact does not mitigate the very real need for missile defenses.

The manufacturer Raytheon offers a good example. No Raytheon missile has ever successfully intercepted a ballistic missile, yet for more than 50 years they have received billions of US dollars to create “better” versions of their many ‘Standard Missiles’ which cost millions a piece. Even Japan, which lives under a constant threat of missile attacks from Russia, China and North Korea, cannot afford to continue paying the price.

Lockheed does the same with their $11 million THAAD and $8 million PAC-3 which became operational without ever having intercepted a single missile.

The Europeans have for decades now been developing the Aster-30 missile which – also became operational before it ever intercepted a single ballistic missile.

To be fair, not all of the anti-missile missile developers in the world are trying to come up with a non-working products; although, some of them are not too unhappy with their failures, as long as the money keeps lining their pockets.

These companies, though, have simply failed in making anti-missile missiles genuinely cost-effective. Take the US anti inter-continental ballistic missile (AICBMs) system. Those interceptors are designed to stop their targets thousands of miles away from where they are launched. The cost of a thousand-mile interceptor can easily be several hundred million dollars, which makes this approach economically prohibitive.

The new approach introduced in Star Wars is the “theater defense,” where the interception takes place within several hundred miles from the intercepting missile’s launcher.

But new problems have arisen here. Companies like Raytheon, which were very good at intercepting aircraft, overlooked the fact that intercepting a missile is a completely different matter.

Instead of developing a new concept, the world has continued to follow the words of defense gurus such as Paul Zarchan from Raytheon. Zarchan is the co-developer of the PATRIOT and AMRAAM guidance laws which are not appropriate for the field of missile interception.

A fatal mistake made by all anti-ballistic missile designers is pushing the interceptor to meet its target head-on. In theater defense this false-constraint is one of the biggest causes for interception failures because it requires orders of magnitude in the interceptor’s maneuvers which are greater than what is needed.

Another major un-talked about hurdle is the inherent instability which characterizes every pursuit-evasion scenario. The reason for this instability is that, as the distance between the pursuer and the evader decreases, the time which the pursuer has to correctly respond to the evader’s maneuvers also decreases. Hence the pursuer must invest an ever-increasing effort to make the right corrections as it closes in on its target.

This problem has been overcome by animals like cats, but it remains unsolved in operational interception missiles there except for the Python-4,5 and Elbit’s “Offer” gliding bomb. These are two examples where my method has been successfully applied.

The instability of the pursuit-evasion processes prevents current anti-missile missiles from hitting maneuvering missiles body-to-body (what is known as a “kinetic kill”). Therefore, the boasts made by developers of the Arrow-3 and David-Sling about achieving kinetic kills are not grounded in reality.

Is there a solution to all these problems?

There is. It can be found in my doctoral dissertation from Stanford University which was written in March, 1983. A main result of my research is the ability to remove the instability of pursuit-evasion scenarios completely, readily achieving body to body hits of severely maneuvering targets.

This, in turn, makes the interceptors orders of magnitude smaller and less expensive. For example, an interceptor designed by my method can cost $100,000, reach an altitude of 300 km, and intercept a maneuvering target in a 1000:1 probability. This implies that we can intercept modern ballistic threats with a probability of a billion to one, just by launching 3 of these interceptors per target. At a cost of $300,000 per, this comes to less than 1/10 the price of a single Arrow-2 missile.

Why has this solution never been applied to anti-ballistic interceptors?

The reason has to do with the military industries in Israel and the US which collaborate with each other to block every move that I try to make to advance this solution. Raytheon and Boeing push the canonical Journals on missiles guidance and control to reject my papers and IAI and Rafael made MAFAT – Israel Government authority for research and development – put a worldwide prohibition on talking with, or even about me.

What can be done?

My Rabi, R’ Avraham Koch the great Tzadik from Haifa, tells me that the only thing I can and should do is to pray to God, and that’s what I am doing.

Shefer investigated the Iron Dome performance during Operation Pillars of Cloud and all reached similar conclusions: Iron Dome’s rate of success did not come close to the figure of 84% as reported by the IDF. [Haaretz]