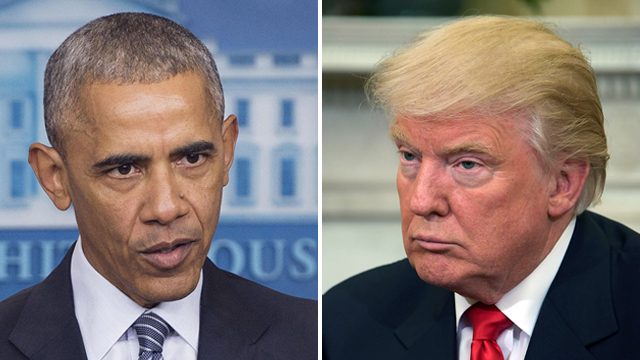 It is not clear what information Trump based his Tweets on.

Mark Levin claimed that Obama had been involved in a “silent coup” using “police state” tactics during the election campaign.

Trump, who started the Twitter rant at 5:30am US eastern time, branded the claims a “new low” before calling Obama a “bad (or sick) guy”.

I’d bet a good lawyer could make a great case out of the fact that President Obama was wire-tapping my phones in October, just prior to Election!

“Is it legal for a sitting President to be “wire-tapping” a race for president prior to an election? Turned down by court earlier. A NEW LOW” added Trump in a later tweet.

“I’d bet a good lawyer could make a great case out of the fact that President Obama was wire-tapping my phones in October, just prior to Election!” continued Trump. “How low has President Obama gone to tapp my phones during the very sacred election process. This is Nixon/Watergate. Bad (or sick) guy!”

Terrible! Just found out that Obama had my “wires-tapped” in Trump Tower just before the victory. Nothing found. This is McCarthyism!

In this article:President Barack Obama, Finance, US President Donald Trump