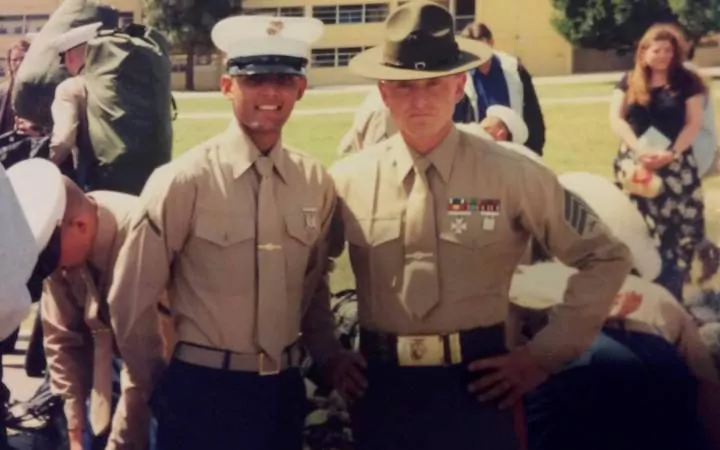 US Muslims have decided to offer their help following the wave of bomb threats against the Jewish community across the country, and the desecration of graves at cemeteries.

Tayyib Rashid was first to offer to protect Jewish religious sites. In a tweet, the former US Muslims marine, pledged: “If your synagogue or Jewish cemetery needs someone to stand guard, count me in. Islam requires it.”

I’m a #MuslimMarine in Chicagoland area. If your synagogue or Jewish cemetery needs someone to stand guard, count me in. Islam requires it.

After Rashid had wept likes and shares, many from excited Jewish users who have replied to his tweets, with one inviting him round for Passover Seder.

In a Periscope video Rashid added: “I’ve seen a tremendous outpouring of love and support from all Americans, from US Muslims, from my fellow Jewish Americans, from Christians, from atheists, from everyone”.

He said: “I’m a US Muslim in #Harrisburg. If your synagogue or community center needs someone 2 stand guard, I will stand guard 4 you. Islam requires it.”

I’m a Muslim in #Harrisburg. If your synagogue or community center needs someone 2 stand guard, I will stand guard 4 you. Islam requires it.

I’m a #MuslimMom in Austin TX area. If your synagogue or Jewish cemetery needs someone to stand guard, count me in. Islam requires it.

A member of the Islamic Society of New Tampa, Adeel Karim, mentioned in his Facebook post that he was realizing that many of the donors to the campaign were Jewish.

“I couldn’t understand why people were donating in what seemed like weird amounts to the cause. There are sums of 18, 36, 72 dollars etc. then I figured out after clicking on the names Avi, Cohen, Goldstein, Rubin, Fisher….

I’m a Muslim in DC. If your synagogue needs someone to stand guard, I’ll stand guard. Islam requires it. https://t.co/kw4acYBuPK

The JCC Association of North America, a Jewish network of cultural centers, reported more than 100 bomb threats against Jewish centers in January-February of 2017.

In one day this week another 31 threats were made including a gunshot fired through a Hebrew school window at an Indiana synagogue.