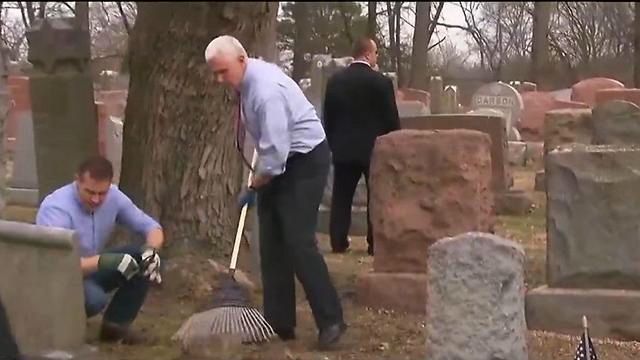 US Vice President Mike Pence made his way to Chesed Shel Emeth Cemetery in St. Louis, Missouri to help clean up the wreckage caused by vandals who overturned 154 tombstones at the site at the beginning of the week.

After hearing psalms upon his arrival, Pence rolled up his sleeves, put on his gloves, picked up a rake and went straight to work, gathering fallen twigs and helping the graveyard workers clear up the piles of soil which had mounted up as the tombstones were toppled and flatten the damaged earth. 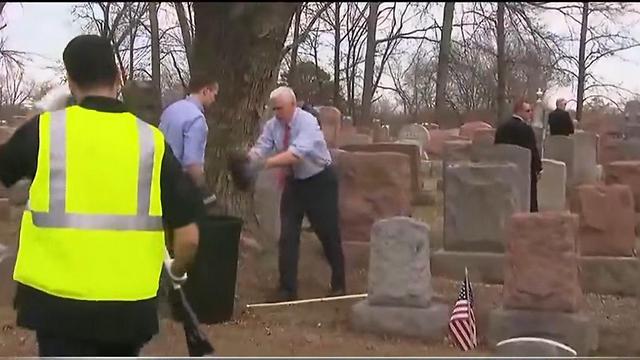 “There is no place in America for hatred or acts of prejudice or violence or anti-Semitism.” Pence said at the beginning of his visit to the site which, for many, has come to symbolize the ominous rise in anti-Semitic occurrences in the US.

“I must tell you that the people of Missouri are inspiring the nation by your love and care for this place and the Jewish community. I want to thank you for that inspiration. For showing the world what America is all about,” said Vice President Mike Pence,” he continued.

Pence also showed his solidarity with the Jewish community around the US when he addressed other cases of vandalism against Jewish sites, as well as several bomb threats which have been made against Jewish centers over the last few weeks. 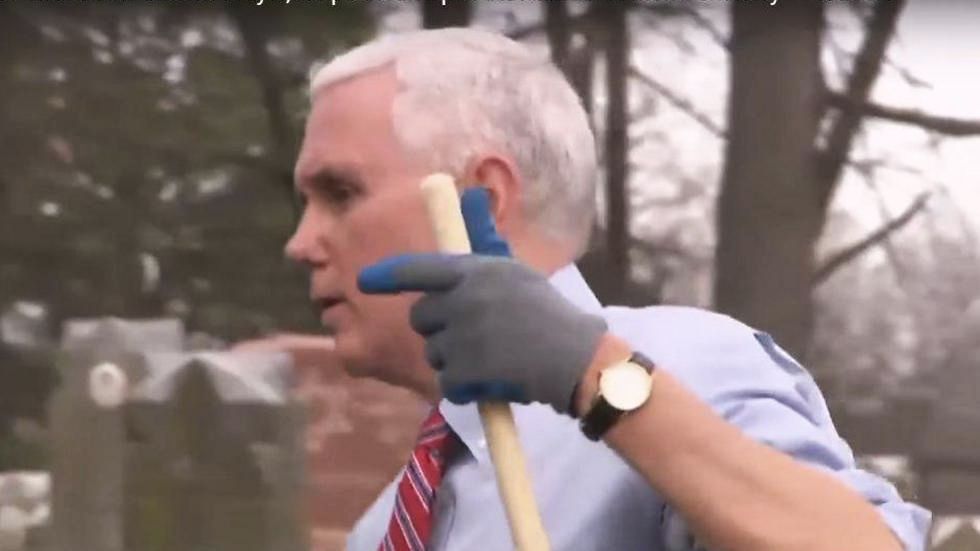 It was a reminder, he said of the work that needed to be done to remove hatred and prejudice from their roots.

On Tuesday, President Trump issued a statement, directly confronting the issue of anti-Semitism, the end of a tour of the National Museum of African American History and Culture in Washington, where he also spoke out against racism.

“The anti-Semitic threats targeting our Jewish community and community centers are horrible and are painful and a very sad reminder of the work that still must be done to root out hate and prejudice and evil.”