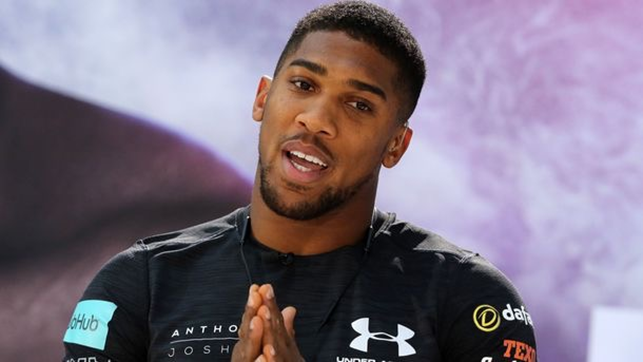 The Briton sees the fight with Ukrainian as the beginning of the path to the long reign of the heavyweight division.

The world IBF heavyweight champion from Britain, Anthony Joshua during a press conference in Cologne, said that he expects to be as dominant world champion, as was his future opponent Wladimir Klitschko.

“Wladimir Klitschko has achieved a lot in his carrier over the past 14 years (14 years ago, Klitschko was just at that age, which is now Joshua), but he can not box for 14 more years, but I can. And I see this as the beginning of my path to the long reign of the heavyweight division. Wladimir Klitschko – a great champion, but now begins my way I admire his great experience, but I can make a bet, that boxing – sport of young “ – Anthony Joshua said.

Joshua also said that despite the friendly relations with Wladimir Klitschko, in the ring there is no place for sentimentality:

“In this sport, if you do not go out to fight with the mentality of a “killer”, you will be eaten alive” – Anthony Joshua said.

Recall, the Klitschko vs. Joshua fight will be held in London at the legendary “Wembley” arena on 29 of April. Specially for this fight capacity of the stadium was increased to 90 thousand spectators.

At stake of the fight will be the title in the heavyweight champion, WBA, IBF and IBO.