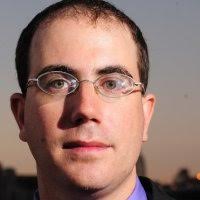 Can I wear my kippah on Job interviews, Book by Lavie Margolin

The Jewish community, not unlike the United States as a whole, was and remains sharply divided over the election of Donald J. Trump to the office of president. Regardless of how one feels about our country’s new commander in chief, the latest election brought with it certain changes in the tone of public discourse that have proven unsettling for citizens on both sides of the aisle. And American Jews, in their perennial role as the canary in society’s coal mine, have special cause for concern.

Latching on to the more xenophobic aspects of Trump’s campaign rhetoric (regarding, for example, immigration policy), is a growing fan base of white supremacists and other disreputable characters. We are now witnessing the rise of the Alt-Right, which critics have described as a sort of Naziism Lite. It’s difficult not to see it that way when the purported founder of the movement, Richard Spencer, shouted “Heil Trump!” and “Sieg Heil!” to a crowd of fellow “white identitarians” at a gathering in Washington DC. In the interest of objectivity, it should be noted that he shouted these slogans in English rather than German. But then, one must ask: Does it make the slightest bit of difference?

In light of the newfound chutzpah being displayed by anti-Semites who are now crawling out from under their respective rocks and into the media spotlight, we were curious as to how this might affect the lives and livelihoods of Jewish professionals, both in the public and private sectors. So we spoke with Lavie Margolin, a widely sought-after career coach with special expertise in the issues of concern to religious Jews in the secular workplace. In fact, he and his wife Rachel literally wrote the book on that very subject. “Can I Wear My Kippah on Job Interviews? Career Guidance for Sabbath Observant Jewish Professionals” runs the gamut from workplace etiquette for the kosher-keeping employee, to the role of emunah (roughly translated, “faith”) in one’s job search. 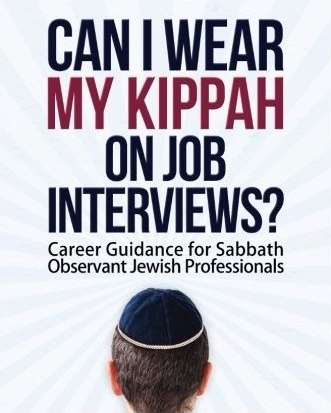 Can I wear my kippah on Job interviews, Book by Lavie Margolin & Rachel Margolin

In the following interview, Mr. Margolin offers some of his insights into the unique challenges—and opportunities—facing observant Jewish professionals in the changing sociopolitical climate.

You’ve claimed that wearing a kippah in the workplace isn’t going to affect one’s prospects or workplace situation nine times out of ten. Have recent changes to the American political and social scene caused you to reconsider your math?

I still think that at their core, most people are not focused on the differences between us or at least do not care. What is typically the priority is one’s function or role in order to help the organization to run smoothly. Now those who are the exceptions to this might feel more emboldened not to hide their disdain for others—but those same people would not have provided an opportunity in other environments, they may have just been more discreet about it.

That’s a fair point. Since the release of your book, have you seen trends in the fields of business and government that you’d want your readers to be aware of? If you were writing “Can I Wear My Kippah on Job Interviews? Part Two,” what new issues would you focus include?

The current political scene is so uncertain that we must watch closely as different initiatives are put into action and how this plays out in the world of business and government. I’d probably wait to write that edition until things solidify. It appears there is a current focus on American-made goods, and the reduction of certain government services, so those both should have a far-reaching effect on the job market, the Jewish community being no exception.

You mention in your writing that a Jew who is readily identifiable as one has an opportunity to create kiddush Hashem (sanctification of the divine name) in the workplace. Could you share a few examples from your experiences, or those of your clients?

I recall one time, a young lady who had recently completed college with a degree in advertising and was interviewing at various agencies. She had made it through several stages of the recruitment process for a position, but once she told her employer of her inability to go out for drinks on Friday night with the team, the job offer suddenly seemed tenuous. But she proved to the group that she could still be a wonderful team player, despite the restrictions of Shabbat. In the end, she not only got the job, but actually worked her way up the ladder and into a senior level position at that agency.

In another case, I know of a social worker who dealt with refugees from all over the world who settled in NYC. Although they shared very different backgrounds and religious beliefs, she gained their trust and was able to help them. If she was the first Jewish person hey met, as was often the case, they walked away with a positive impression.

What’s the biggest faux pas you see observant Jews making in their career searches? And in the workplace itself?

I’d say it’s the tendency to assume that things will not work out because a given situation looks uncomfortable or foreign. So many observant professionals prefer to work within their own communities, assuming that taking off for holidays or going out for kosher business lunches will be too difficult at a secular company. When you are transparent with your needs, you’d be surprised how many companies are willing to accommodate those needs.

For those considering public sector employment (particularly jobs requiring some form of security clearance), do you think the anti-Semitic trope of Jews as “Israel firsters” poses a challenge to a Jewish professional’s career prospects? Any advice?

Again, I believe this is a minority—perhaps a vocal minority that can intimidate us out of exploring opportunity. I do believe that it is true that a passion for Israel can appear as a negative within the working world for those who have not studied the situation. But political viewpoints can often be avoided, or even within certain situations, allow for a respectful discourse on conflicting ideas among colleagues. A disagreement or different viewpoint doesn’t make for an impossible situation.

In places like New York and Los Angeles, it can be easier to be a Jewish professional, both because of the preponderance of forum employers, and because people are just more familiar with their Jewish neighbors. You’re unlikely, for instance, to be accused of making up “Yom Kippur” as an excuse for a day off. Are there any special concerns for those of us working in locales where Jews do not constitute a significant segment of the population?

In larger metro areas, there is often less of a need to teach the employer newer concepts such as Sabbath observance. What HR professional at a big four accounting firm is not familiar with these needs? However, we all observe in different ways and timely guidance to our managers and supervisors goes a long way towards establishing strong working relationships. In smaller areas, one would need to focus on providing the number of days you need off in a timely manner, how you would make up the hours for an early leave and why certain situations may not work for you, such as wining and dining a potential business client, when no kosher restaurant is available.

What’s the most timely piece of advice you can offer to fellow Jews entering the job market right now?

This is a time of change and uncertainty. Focus on the long term. What may appear as the path to proceed on for the next four, or even eight years, may not be so after that. Focus on doing good things to support others and you are unlikely to lose. Concentrate on your strengths, build relationships and keep your eyes and ears open for opportunity. Sometimes, we want to be comfortable in our work environment, but sometimes we need to move on every few years to advance ourselves.

Daniel Perez is a freelance writer and editor based in Brooklyn, whose work has been featured in dozens of publications and media outlets. His screenplay based on the true story of the Maccabean Revolt is currently being made into a graphic novel. Mr. Perez can be reached at Daniel@PerezConsulting.org.