The Anti Defamation League or ADL has come out strongly against President Donald Trump’s ban om immigration from Muslim countries.

Jews as an ethnic group are especially sensitive when it comes to discriminating against any group of people just because of their religious practices or their ethnic backgrounds. And President Trump’s decision to slam the door to America shut in the faces of Syrian refugees who are fleeing for their lives feels too much like what was done to us during the Holocaust.

History will look back on this as a sad week in US in which @POTUS turned his back on people fleeing for their lives:https://t.co/eh2AyI65X4 pic.twitter.com/S1JUi9S2K4

On Friday, Jonathan Greenblatt, the CEO and National Director of the Anti-Defamation League, published an Op Ed in the Israeli daily newspaper Haaretz titled “History Will Frown on Trump’s Heartless Attack on Refugees.”

And as an organization the ADL released a statement to the press last week titled, “ADL Strongly Condemns President Trump’s Executive Order on Immigration and Refugees.”

Mr. Greenblatt said in his op ed that “history will look back on this as a sad week in the United States — as the week that the president turned his back on people fleeing for their lives, in defiance of a proud promise indelibly inscribed on the Statue of Liberty that America will provide safe harbor to the world’s ‘huddled masses yearning to breathe free.'”

Calling it a sad moment in American history, the ADL statement asserted that the immigration ban issued ordered by Donald Trump, “will effectively shut America’s doors to the most vulnerable people in the world who seek refuge from unspeakable pain and suffering.” 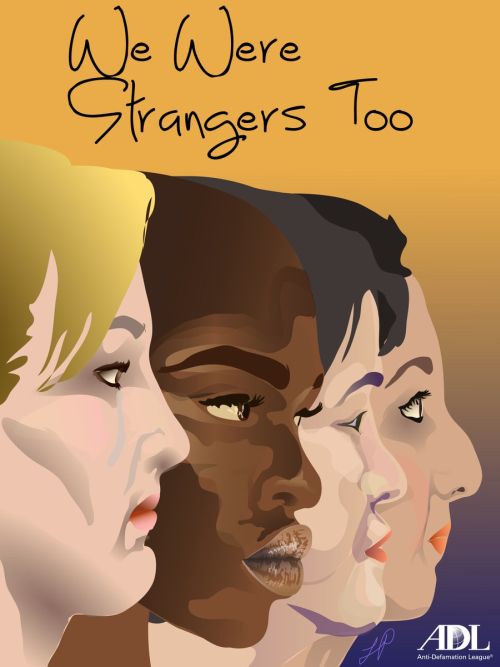 The ADL and Jonathan Greenblatt are not the only ones to have condemned Donald Trump for his immigration ban imposed on people from mainly Muslim nations. Business executives from Google to Uber have come out and condemned it as well.

Caving to the pressure, the Trump Administration has already backtracked from part of its new immigration ban after all of the condemnations from organizations like the ADL and from business leaders.

The New York Times reports that President Trump will not include people who already hold American Green Cards in the immigration ban. The publication cited White House Chief of Staff Reince Priebus as the source for this information.

Priebus added, “There is discretionary authority that a customs and border patrol agent has when they suspect that someone is up to no good when they travel back and forth to Libya or Yemen.”

But this having border officials from the Department of Homeland Security take added precautions when dealing with anyone who may have been in certain countries is hardly the same thing as banning the people from those nations from even entering the United States.

In this article:Finance, ADL, Immigration Ban