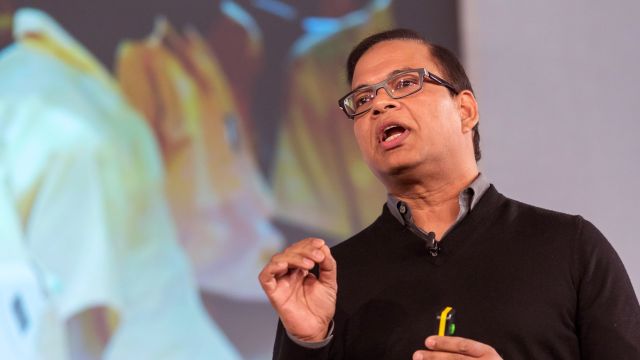 Fifteen years ago Google was still in its infancy, but within just a few years it grew into a billion dollar company. Uber has followed in the footsteps of Google and Facebook, leaping out to a billion dollar valuation in no time at all.

On his own website Amit Singhal wrote: “I’m excited to announce that I’m joining Uber as SVP of Engineering. After 15 wonderful years at Google working on search, I wasn’t sure that I would find an opportunity as exciting or potentially world-changing. But having spent hours with Travis and many others at the company, I can confidently say Uber fits the bill.”

“I am a huge fan of Uber’s product,” he added. “Like many people, I can’t remember life before you could push a button and have a car show up in minutes. But what’s most exciting to me is the real-world impact this simple idea—push a button, get a ride—is having in cities around the world.”

Catching the next ride of my professional journey with @travisk at @Uber pic.twitter.com/EGQn7VQTDJ

“I love Amit’s excitement for solving complex computer science problems and his passion for helping improve people’s lives through technology,” Mr. Kalanick, Uber’s chief executive, said in a statement. “The team at Uber, myself included, will learn a lot from him.”

The New York Times has described Amit Singhal’s hiring as a coups for Uber. The publication cited how Uber is currently in direct competition with Google for the development of driverless vehicles. And the company has already snatched many high-level employees from Google over the past seven years, including Brian McClendon, a mapping expert, and Mr. Levandowski, a veteran of self-driving-car research.

But while it may be working on new tech, many are critical of Uber for its business model. Taxi companies and drivers feel that it is competing with them unfairly since Uber and its drivers are not required to follow local laws and regulations on taxis.

Then there are those who point out that the company’s drivers are people in need of some extra cash who are being exploited. They may earn more per hour than licensed taxi drivers, but they have to cover all of their own expenses like gasoline and insurance.