First son in law Jared Kushner was one of 30 people who were sworn in to service in the new White House staff on Sunday by Vice President Mike Pence as President Donald Trump looked on. The swearing in ceremony was conducted in the White House East Room and included the controversial new senior advisor to the President Steve Bannon.

Ivanka Trump, the President’s daughter and Jared Kushner’s wife, was there for the ceremony. 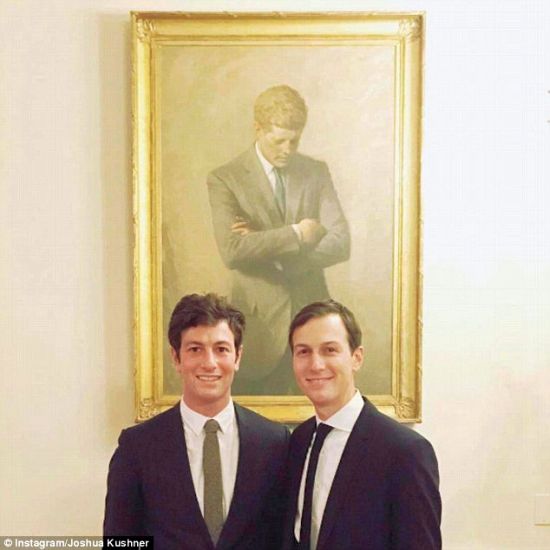 There was a lot of controversy over Jared Kushner‘s appointment and doubt as to its legality. The controversy stemmed from possible conflicts of interest which could arise due to his business interests and the doubt was due to those who believed that Federal anti-nepotism laws would prevent Kushner from being able to serve in the White House.

Well the Justice Department cleared things up on the day that Donald Trump was sworn in as the 45th President of the United States. The New York Times reported that it cleared Jared Kushner to serve as senior advisor to the President. The Justice Department’s Office of Legal Counsel issued a ruling in which it said that the 1967 law which bars a U.S. President from appointing relatives to positions in the Federal government exempted White House positions.

It is my distinct honor to administer the Oath of Office to this group of talented men & women as Assistants to President @realDonaldTrump. pic.twitter.com/KFIEAr5wYR

CNN quoted deputy assistant attorney general in the DOJ Office of Legal Counsel Daniel Koffsky as saying, “In choosing his personal staff, the President enjoys an unusual degree of freedom, which Congress found suitable to the demands of his office.”

That leaves the conflict of interest problems. Well Jared Kushner divested himself of much of his financial holdings to deal with the problem. But this is not enough to satisfy the critics who say that Kushner may still give advice related to his own financial interests or offer access to the White House to business associates.

Family photo moments after my father @realDonaldTrump was sworn in as the 45th President of the United States. pic.twitter.com/hpLsTVwgXM

As for what his duties will include at the White House, President Trump has already said that Jared Kushner, an orthodox Jew, will be involved in the Middle East peace process and be the President’ personal representative to Israel.