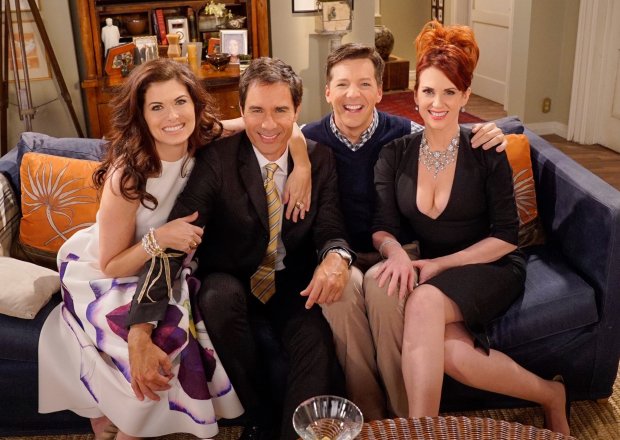 Hit 90s sitcom Will & Grace is making a comeback. The show will have ten new episodes on NBC.

The comedy originally ran from 1998 to 2006 and had 188 episodes. Will & Grace starred Debra Messing, Eric McCormack, Megan Mullally and Sean Hayes. All four are expected to return for the new run.

“We’re thrilled that one of the smartest, funniest, and most defining comedies in NBC history is coming back,” NBC Entertainment Chairman Robert Greenblatt said in a statement about the Will & Grace return.

“This groundbreaking series for everything from gay rights to social and political commentary – all disguised as a high-speed train of witty pop culture – is coming back where it belongs.”

Debra Messing told Vanity Fair, “We’re all just so excited, and celebrating the fact that we get to come together and play again in that exquisite playground that we were able to be in for eight years.”

On how the characters will deal with Donald Trump’s election she said that, “there’s no reason to expect Will & Grace to be any different than it was in its heyday. And I think that’s going to be the fun. We’re going to do what we always did—express social and pop and political issues in a creative and funny way.”

The new episodes will air sometime during the 2017-18 television season. Will & Grace creators Max Mutchnick and David Kohan will also return. “Dave and I are absolutely thrilled about the opportunity to write what Will, Grace, Jack and Karen are thinking about in 2017,” Mutchnick said in a statement.

NBC makes it official: a #WillAndGrace reunion with all the original cast members is happening https://t.co/GADGBnhS7D pic.twitter.com/8G9A3KiU7o

Vulture is giving the reboot, or whatever you want to call it, a strong chance for success. The entertainment magazine compares this to the six episode return of the X File which aired last year and explains that a short run mean higher quality of writing.

Will & Grace was nominated for 83 Emmy awards, winning 16 including “Outstanding Comedy Series.”