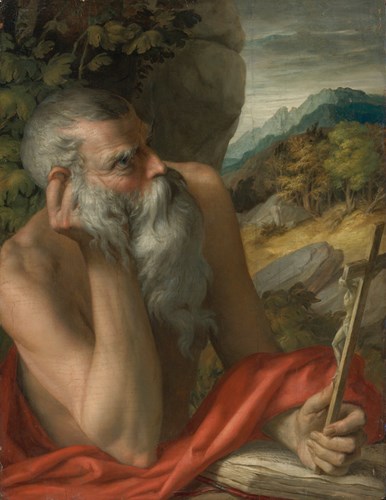 Sotheby’s Inc., the famed auction house,  filed a complaint in federal court in Manhattan on Tuesday, seeking to be reimbursed for what it asserts is a Fake Parmigianino painting  of “Saint Jerome.”

Five years ago the painting attributed to the Italian Old Master Girolamo Francesco Maria Mazzola, known as Parmigianino, fetched $842, 500 at auction. The auctioneers, however, now say that the painting contained pigments first used four centuries after the artist died in 1540.

Sotheby’s declared the Parmigianino painting a forgery and said they had “no other option than to pursue legal action” after the vendor “refused to return the proceeds of the sale.” The auction house said it is giving the buyer a full refund.

The vendor of “Saint Jerome, ” according to court papers, a Luxembourg resident Lionel de Saint Donat-Pourrieres, received $672, 000 from Sotheby’s.

Bloomberg reports that last year, Sotheby’s returned $10 million to the buyer of a painting attributed to Frans Hals after it determined the work was a forgery. As with the fake Parmigianino, Hals’s authenticity issue was determined by Orion Analytical LLC, whose founder James Martin is considered a leading forensic scientist and expert in art authentication.

In December, Sotheby’s acquired Orion Analytical and started a special department for scientific research headed by Martin. Like the Hals, Saint Jerome was linked to Giuliano Ruffini. Sotheby’s said in the complaint:

“according to media reports, is under investigation for selling a considerable number of Old Master Paintings that are considered to be modern forgeries, ”  A 16th century painting of Venus, attributed to German master Lucas Cranach the Elder, was seized by French authorities in March on suspicion that it was fake. It had been sold for 7 million euros ($6.5 million) to the Prince of Liechtenstein in 2013, according to the Art Newspaper.

“Sotheby’s contract with the seller says that the company can rescind the sale if the painting turns out to be a counterfeit, according to the court papers. Martin examined pigment samples from 21 different areas of the painting. Each contained “the modern synthetic pigment phthalocyanine green, ” which was first used in paints in the twentieth century.”

Sotheby’s added in a statement: “While we would have preferred to settle this matter out of court, our consignor has refused to abide by his obligations and we have been left no other option than to pursue legal action.”