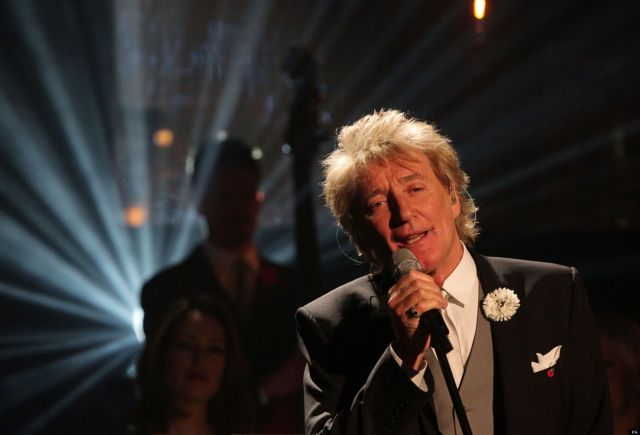 Rod Stewart is coming to Israel. The 72 year old rocker has announced plans for a concert in Tel Aviv’s Yarkon Park.

This is yet another F&*% You to Roger Waters and the whole boycott, divest, sanctions (BDS) movement against Israel. This has been a failure as far as trying to get famous stars to boycott the country.

In a video which he posted to Facebook, Rod Stewart tells Israelis, “This is Rod Stewart here and I shall be coming to Tel Aviv on June 14, playing at Hayarkon Park. So don’t miss it, it’s going to be a splendid night of fantastic music where you’ll hear everything you want to hear. Jume 14, Tel Aviv. Don’t miss it.”

“I’m looking forward to performing in Tel Aviv in June. I promise to deliver a fun, energetic show. I’ll be playing your favorite hits, with a few surprises too. I give you fair warning – fasten your seat belts. I’m pulling out all the stops.”

This will be Stewart’s third time performing in Israel. Tickets will be priced from NIS 295 ($77) to NIS to 750 ($195). As of this posting only 1% of the tickets to Rod Stewart’s concert are still available for sale so you had better hurry.

Maggie May, Love Hurts, Baby Jane, Da Ya Think I’m Sexy?, Downtown Train, People Get Ready, Tonight’s the Night (Gonna Be Alright), Some Guys Have All the Luck, which is you favorite Rod Stewart song? What do you think he will sing at his Tel Aviv show?