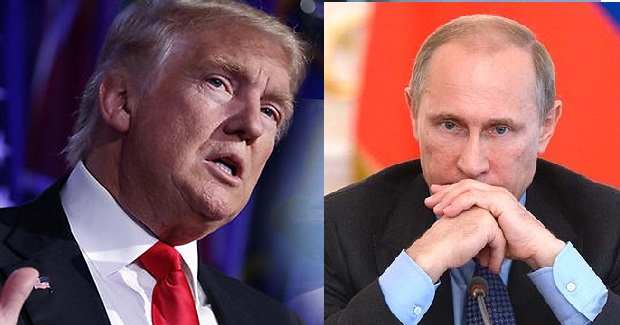 Donald Trump’s upcoming inauguration as the next president of the United States is causing Israeli intelligence officials to lose sleep. Discussions held in closed forums recently raised fears of a leakage of Israeli intelligence top-classified information, clandestine modus oparendi and sources, which have been exposed to the American intelligence community over the past 15 years, to Russia – and from there to Iran.

The cause of concern are the suspicions of unreported ties between the president-elect or his associates and the Kremlin, whose agents are also associated with intelligence officials in Tehran.

These fears, which began upon Trump’s election, grew stronger following a meeting held recently between Israeli and American intelligence officials (the date of the meeting is not mentioned to protect the sources of the report). During the meeting, according to the Israelis who participated in it, their American colleagues voiced despair over Trump’s election, as he often lashes out at the American intelligence community. The American officials also told the Israelis that the National Security Agency (NSA) had “highly credible information” that Russia’s intelligence agencies, the FSB and GRU, were responsible for hacking the Democratic Party (DNC) servers during the elections and leaking sensitive information to WikiLeaks, which hurt Democratic presidential candidate Hillary Clinton.

The American officials further added that they believed Russia President Vladimir Putin had “leverages of pressure” over Trump – but did not elaborate. They were apparently referring to what was published Wednesday about embarrassing information collected by the Russian intelligence in a bid to blackmail the president-elect.

The Americans implied that their Israeli colleagues should “be careful” as of January 20, Trump’s inauguration date, when transferring intelligence information to the White House and to the National Security Council (NSC), which is subject to the president. According to the Israelis who were present in the meeting, the Americans recommended that until it is made clear that Trump is not inappropriately connected to Russia and is not being extorted – Israel should avoid revealing sensitive sources to administration officials for fear the information would reach the Iranians.

If Israel’s secrets are indeed not kept confidential, this is a serious danger to the state’s national security: Since the early 2000s, the cooperation between the Israel and US intelligence communities has been intensified. It was led by the head of the Israeli Military Intelligence Directorate (AMAN) at the time, Aharon Ze’evi Farkash (who even received a citation from the NSA Chief General Michael Hayden), late Mossad chief Meir Dagan and his successor, Tamir Pardo, who served earlier as the commander of one of the secret operational units that cooperated with the Americans.

Most of the joint operations between the two countries’ intelligence communities were directed, according to reports, against Iran, and a small part of them – against Hezbollah and Hamas. The ties became even tighter in the previous decade on the backdrop of Primes Ministers Ariel Sharon and Ehud Olmert’s close relations with US President George W. Bush.

In 2008, the intelligence cooperation between Israel and the US received a sort of authorization in the form of an official agreement for comprehensive cooperation and exposure of sources and methods of action, which was defined by a senior state official as “complete mutual striptease” between Bush and Olmert. The deep cooperation, which went on for years, led to impressive results, including the disruption of the Iranian nuclear program.

These operations were led, according to the media outside of Israel by Operation Olympic Games, which included the creation of computer viruses such as Stuxnet, which badly damaged the Iranian nuclear program. Non-Israeli media outlets even reported that the Mossad and the CIA collaborated in the assassination of Hezbollah commander Imad Mughniyah in Damascus in 2008.

When the secret talks between the US and Iran over a nuclear agreement began in 2013, President Barack Obama put an end to any offensive activity against Iran. However, this did not stop the depth of Israel’s intelligence exposure vis-à-vis the US. A leakage of some of these secrets could cause great damage. Israel is not just afraid of Russia – but also of Iran.

In their meeting with their Israeli colleagues, the American intelligence officials were able to point to information included in the Snowden documents about specific highly secret American operation in Iran. The Americans are convinced that Edward Snowden handed the information over to the Russian intelligence – as part of the deal for receiving political asylum – and that parts of it were handed over to Tehran as part of Putin’s policy to increase Iranian dependence – not just Syrian dependence – on Moscow, all aimed at serving one final purpose: To restore Russia’s position as the influential world power in the region.