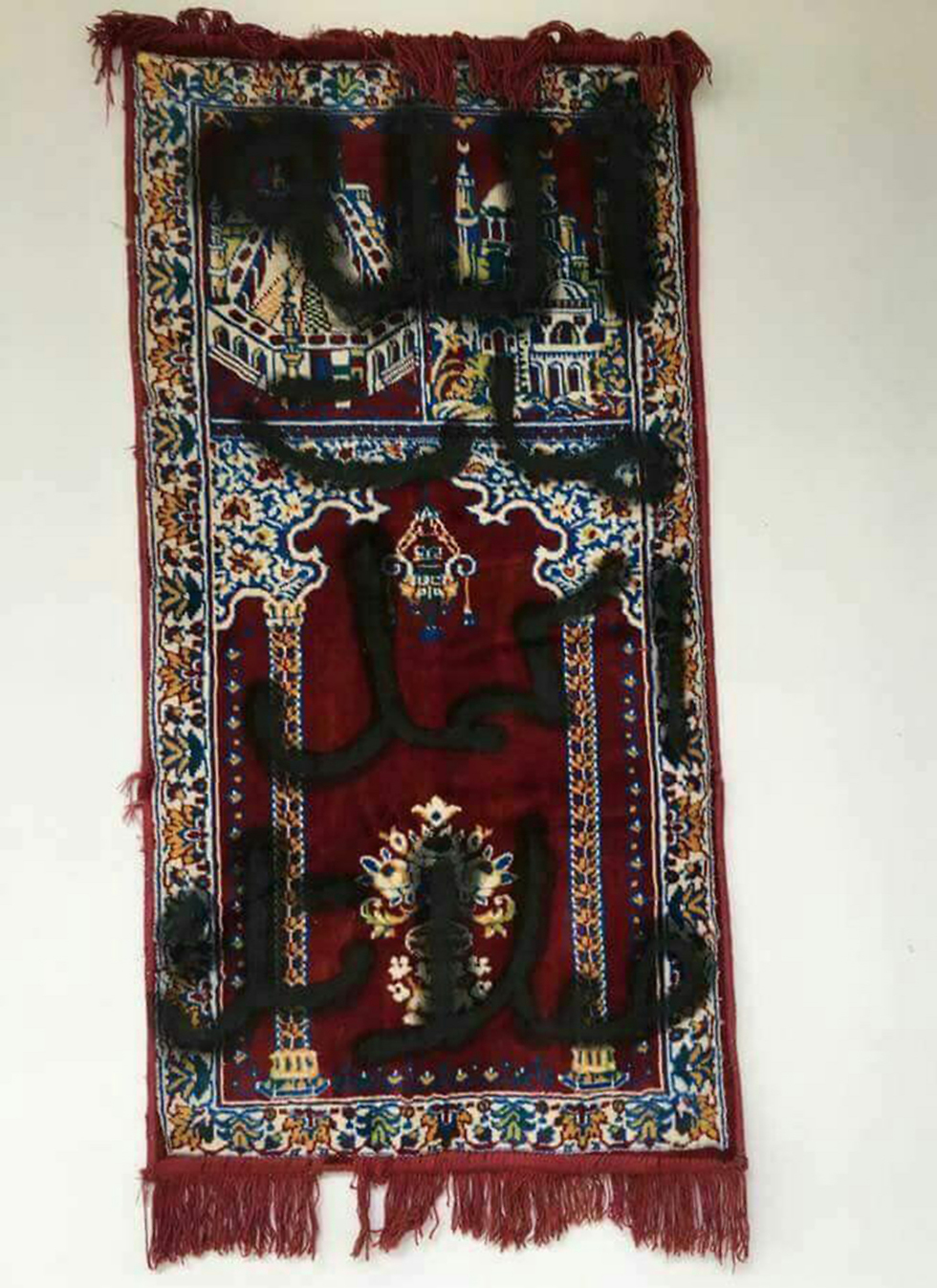 An art student in her 20s from Umm al-Fahm filed a complaint with the Israel Police on Monday due to threats that she allegedly received after submitting a piece composed of a Muslim prayer rug at Haifa University on which she had written in Arabic, “God is dead; keep praying.”

The student’s piece, which was prepared as part of her degree, was controversially received at the university. Some opponents claimed that its presence was deleterious to Muslims and their faith. Conversely, supporters of the student claimed that she was fully within her rights to express herself in such a manner.

Ahmed, a resident of Sakhnin who is a student at the university, said, “Unfortunately, the student wanted to receive attention by harming religion. It’s unacceptable to write things like this. To come and write that God is dead is something that really harms us. You need to respect all religions and not cross red lines.”

Following the controversy, the student said that she received threats that she would be harmed, the details of which she presented to the police in Haifa. She said, “The piece was presented in class and not in a gallery. Works that are done in class aren’t supposed to be presented outside. I got a lot of support from the students, except for two students who photographed what I was presenting without my approval and put the photos online on social media. They gave the piece a completely different interpretation to provoke me and to incite against me.

“Following this irresponsible behavior, the responses have been extreme and inflammatory by people who don’t know me and don’t know what my intentions were.”

The student related, “In everyday life, when you want to describe a person without pity, you say, ‘You don’t have God.’ I took this concept and tried to play with it and change its words. I meant ISIS, which seemingly keeps all the commandments, but basically don’t believe that religion is morality, compassion and love.

“I received death threats and messages from people who said that they wanted to kill me and banish me from Umm al-Fahm, and there were curses too. I don’t regret it, and I don’t think that I made a mistake. The people who made a mistake are the people who hurt me.”

Haifa University commented on the controversy, “This was a homework assignment by a student in the art school, and, as with other assignments, it was presented for the students and lecturers to review, they had a discussion about it, and later it was removed. We will maintain the freedom of expression of all of our students.”

The Israel Police said that they have opened an investigation following the student’s complaint.