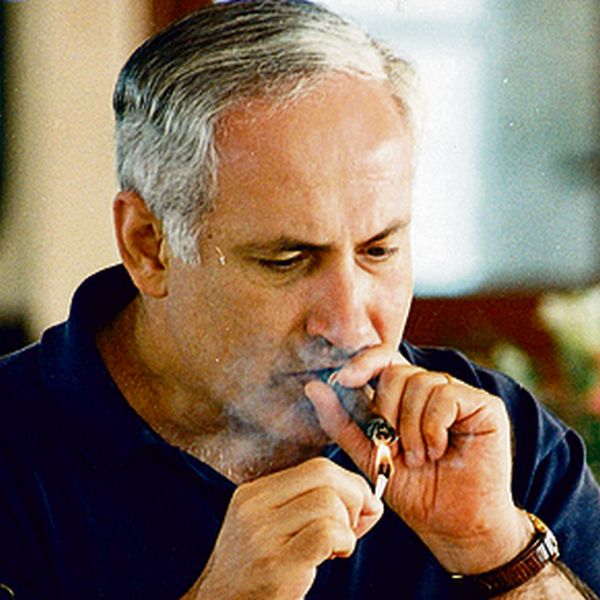 Proper disclosure: I know Arnon Milchan. We went to elementary school together, more than 50 years ago, and we lived on the same street. He played soccer very well, was popular among the girls and was shortsighted. As expected in those ages, I was more impressed by his father’s car than by him.

Decades later, he appeared in my life again. Ehud Barak was prime minister and Shimon Peres was a minister in his government, or the other way around. Barak got into a quarrel with Peres, and Milchan decided that he had to help. He would call from Los Angeles every few days to ask what was going on. He was extremely troubled by the quarrel and was determined to mediate. I couldn’t understand why a billionaire from Hollywood, a film producer, had to get involved in small fights between two politicians in Israel.

Later, I learned that Milchan was a close friend of prime ministers: It was his hobby. He was everyone’s close friend – Peres, Barak, Benjamin Netanyahu, Ariel Sharon, Ehud Olmert, those who were and those who would be. In the past, Israel’s leaders were connected by the State of Israel’s troubles; now they are connected by Arnon Milchan. I was glad that he had found himself a nice, efficient hobby, and I was glad that there was someone there to reconcile between our leaders. As proved by “Pretty Woman, ” Milchan’s most successful film, any crisis can have a happy ending, and every quarrel can end in a wedding. All it takes is arriving with the limousine on time.

Or arriving with the cigars. I never understood what they saw in cigars. The smoke they generate is suffocating; the smell is repulsive. Before lighting one, they have to shut the doors and the windows, for fear that someone might document them while they do it. Of all sins in the world, this is the only sin that justifies going underground, as far as they are concerned.

The rumor about Israeli prime ministers’ fondness of cigars has circulated around the world –mainly in the jet set of the wealthy Jews. The ones who were most up-to-date used to arrive for a meeting with the prime minister armed with a box of cigars. Sometimes, they smoked the gift on the spot, with the host; sometimes, they left it behind for future use.

Milchan, journalists reported over the weekend, became a regular supplier during the Netanyahu era. The supply line he established included, in addition to cigars, bottles of pink champagne. The total sum in seven or eight years allegedly reached hundreds of thousands of shekels. (These numbers surprised me too: I had no idea that Milchan was so generous).

I’m sure Netanyahu never imagined that there was anything legally or ethically wrong with the gifts he received. A cigar is a disposable gift: You smoke it and the gift is gone. It’s like flowers that wither in a vase or chocolate that melts in one’s mouth, or (pink) champagne. Disposable gifts cannot bear witness against those who received them, because they are disposable. I believe that is also the opinion of the majority of the public. Cigars and champagne belong to the hedonism department, not to the criminal department.

Netanyahu and his family love gifts. They are addicted to gifts. Everyone knows that, and most people have accepted it. The accumulated sum should concern us. Nevertheless, at the moment it seems that “Cigargate” will end like the Bibi Tours affair. These are not the things a prime minister is removed for.

But as the subjects of the investigations are exposed, it’s becoming harder to address them as a trivial matter. Channel 10 journalist Raviv Drucker reported Friday night that Netanyahu had turned to US Secretary of State John Kerry three times in 2014 with a request to grant Milchan a 10-year work visa in America. Even if Netanyahu did not link between the two matters – he believes in give and take relations only when it comes to others – a link has allegedly been created here between a gift and a return.

And there were other things too, which are still being checked.

Attorney General Avichai Mandelblit is skating on thin ice here. The statement he issued after the first interrogation was aimed primarily at covering his back. There was no second statement. The public still doesn’t know what the prime minister was questioned about. Journalistic curiosity is magnifying the importance of the second affair under investigation with the concealed content. Now that Netanyahu and his lawyers know what he is suspected of, there is no reason to hide the suspicions from the public.

Mandelblit is skating on thin ice because he arrived at his position from Netanyahu’s bureau. There is quite a lot of logic in what Uzi Arad, the prime minister’s former associate, said Saturday. A person who sat next to Netanyahu, he said, cannot determine his fate later on. This is not just a formal issue: Two types of people have come out of that bureau – those who worship Netanyahu and those who don’t believe a word he says. Both are disqualified from making a decision. The conflict of interest, therefore, begins with Mandelblit.

If he decides to close the cases, he will need every ounce of trust to convince a suspicious public that he did it for professional reasons, without any ulterior motives; all the more so if he decides to file indictments. That will lead to a political earthquake here, and he will have to convince the public that he did not do so only to wipe any suspicion off his back. He is starting off this exhausting journey with an overdraft.