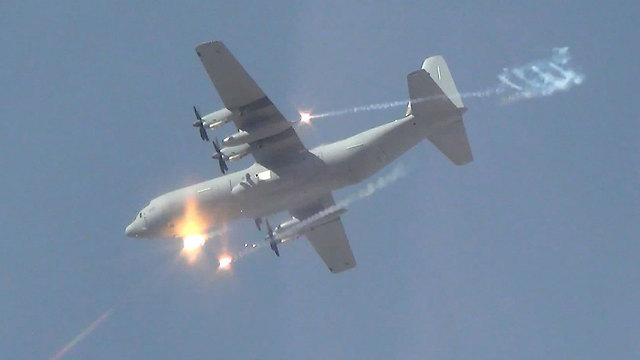 The Israeli Air Force’s flight test center has completed a series of trials testing a new missile defense system to be installed on the new ‘Samson’ C-130J Hercules transport aircraft.

The anti-missile system works together with the aircraft’s electronic warfare system to deploy flares upon detecting a missile, such as the shoulder-fired projectiles used by terrorist organizations.

The flares, developed by an Israeli defense company, work to create an alternative heat source to attract the missiles as the plane has time to maneuver away from the area. 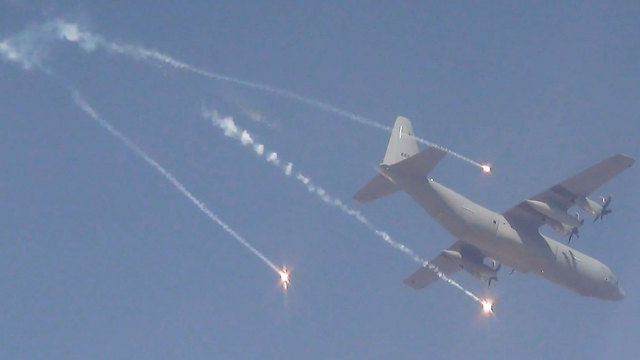 “We were close to conducting a test with a real missile and aircraft, but we came to the conclusion that the system can be tested in a less-dangerous manner, ” said the commander of the IAF test center, Lt. Col. Shlomi.

The ‘Samson’ is longer than the standard Hercules and its performance is more advanced, requiring tests on combat operation and handling.

“The new plane behaves like the Hercules we all know, but it has a stronger engine and is more agile, ” explained Lt. Col. Ori, the former commander of the Test Flight Division. “In this experiment, we used ground threats to challenge the aircraft’s defense system, simulating a missile in the air. The flares were successfully deployed and the aircraft was protected.” 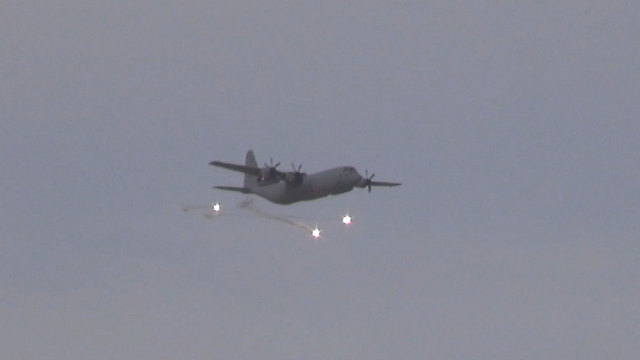 Currently, the Ministry of Defense has procured seven Hercules C-130J aircraft from Lockheed-Martin, most of which were delivered to the “Elephants” Squadron at the Nevatim Airbase.