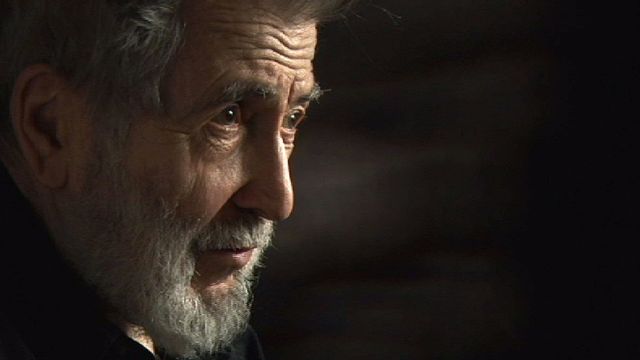 Nat Hentoff appears in a scene from the 2014 movie “The Pleasures of Being Out of Step: Notes on the Life of Nat Hentoff.”(First Run Features)

Nat Hentoff, a renowned journalist and advocate for freedom of speech, died in his Manhattan apartment on Saturday. He was 91 years old.

Sad to report the death of my father #NatHentoff tonight at the age of 91. He died surrounded by family listening to Billie Holiday. pic.twitter.com/15LEtUqBGh

Hentoff’s official job was covering jazz. He worked for New York’s liberal Village Voice for decades. He published more than 30 books including works of fiction and non-fiction. The writer grew up in Boston and graduated from Northeastern University. While he was raised Jewish, Hentoff rebelled against religion at an early age and was himself an atheist.

Nat Hentoff was a weirdo. He didn't care whether the oppressor was Left or Right. He didn't like oppression. This is mind-bogglingly rare.

Nat Hentoff was a gas to read and a joy to edit. A 1st Amendment radical, a sharp music critic, and an inquisitive reporter. And a good egg. https://t.co/tLfg0v5aM8

He never lost his sense of rage.
R.I.P. Nat Hentoff
Read his last column for the Voice https://t.co/ubnzGJ2MiJ