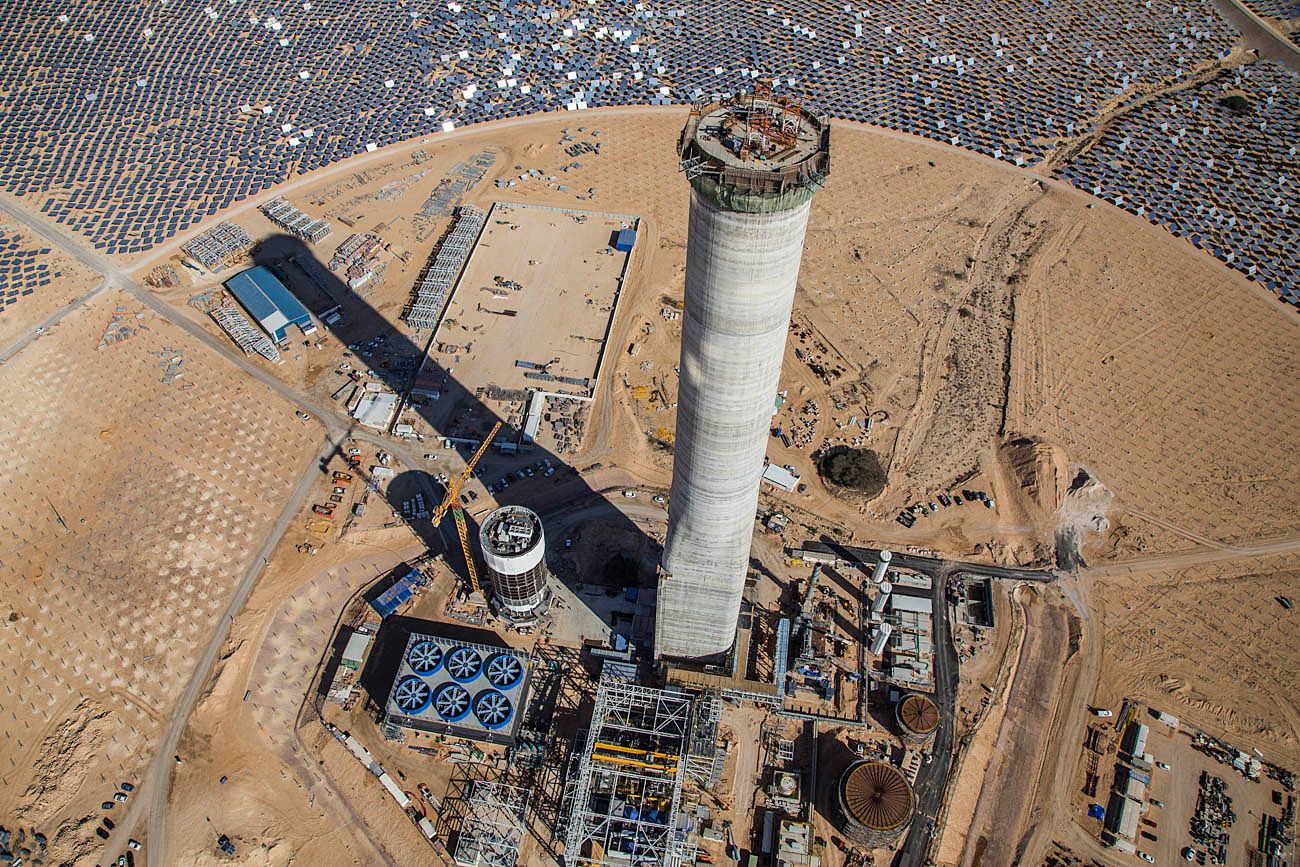 The facility is scheduled to be completed in late 2017.

With more than 1, 000 construction workers on site, the construction of the Ashalim Solar Thermal Power Station is on track. To date, more than 22, 000 pylons have been installed in the solar field and more than 6, 000 heliostats (mirrors) out of 50, 000 have been assembled and installed onsite, the company said in a statement.

Unlike the more common photovoltaic solar panels, which convert sunlight directly into power, the heliostats reflect the sunlight into the tower to heat a boiler, which will produce the steam to spin a turbine to generate electricity. With a taller tower, more mirrors can be placed in a smaller area to reflect the necessary amount of sunlight to run the turbine. There are only about a dozen solar tower fields around the world, including one in California with three towers, each of which is 140 meters (460 feet) tall, surrounded by 170, 000 heliostats.

The tower is just one of three power plots in Ashalim project, currently being deployed at the 121 megawatt. Each plot using a different form of solar technology. The second plot includes two solar thermal projects, and will use technology that stores solar energy for use when the sun is not visible. The third plot will have traditional photovoltaic solar panels.

Today, Israel gets less 2.5 percent of its energy from renewable energy, far behind cloudier countries. Germany, for example, derives 30 percent of its electricity from solar and wind power.

Ashalim will support Israel’s commitment to reach 10 percent of the country’s electricity production from renewable sources by 2020. 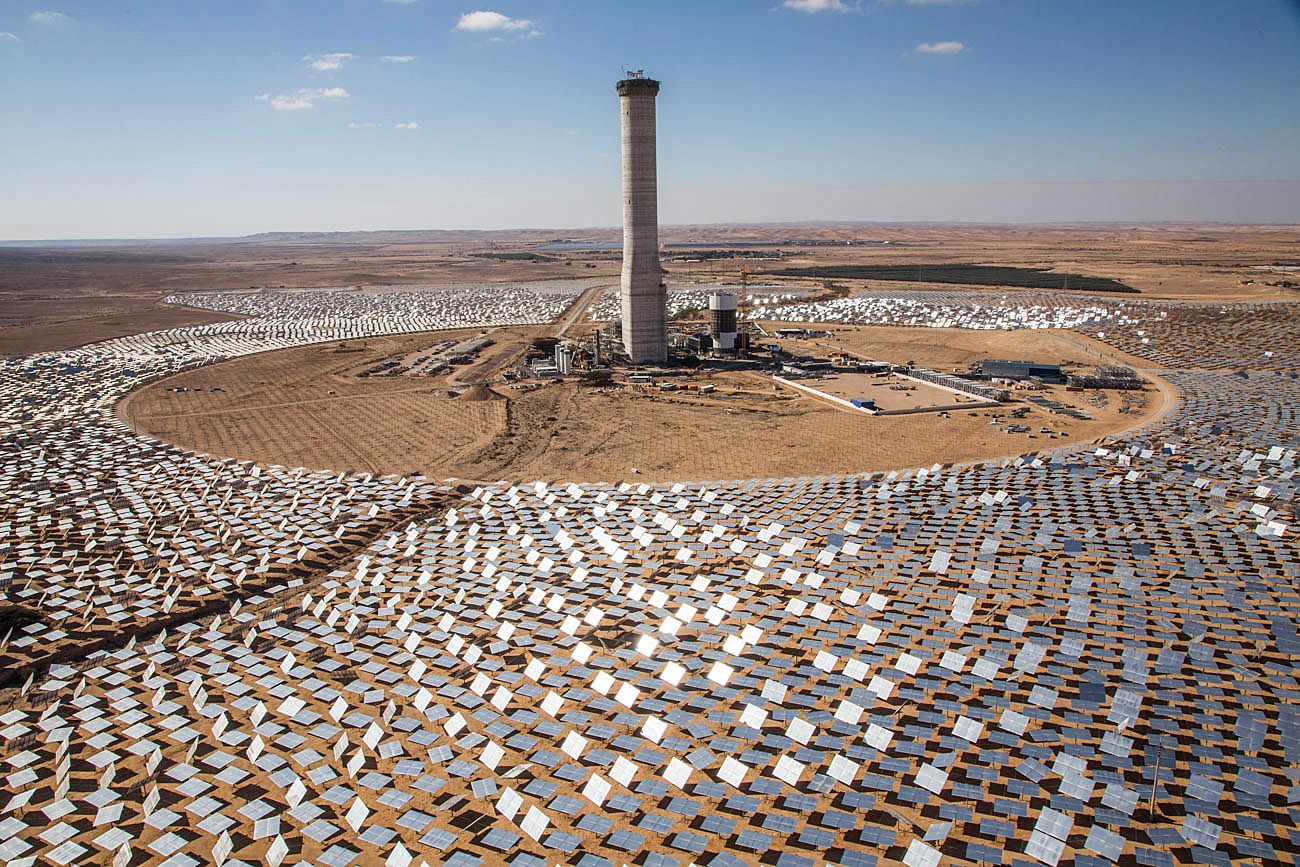 “It’s the most significant single building block in Israel’s commitment to CO2 reduction and renewable energy, ” Eran Gartner, chief executive of Megalim Solar Power Ltd., the company which is building part of the solar project, told the Associated Press.

“Israel has a potential to be a sunshine superpower” because of its technological expertise and yearlong sunshine in the desert, Leehee Goldenberg, the director of the department of economy and environment for the Israel Union for Environmental Defense, told the AP.

Unfortunately, Goldenberg added, “Israel’s government hasn’t really been pushing to reach its small goals regarding solar energy.” But Israel’s Finance Ministry said that the cost of generating solar energy has been decreasing, and so if the Ashalim field is successful, it could spur similar projects elsewhere.

About a dozen solar tower fields exist in the world, including three towers in California.

In 2013, Jewish Business News profiled Yosef Abramowitz, a dreamer of Israel as a lead power in the solar energy in the world: