The U.S. Department of Labor has filed a lawsuit against against Google’s parent company Alphabet. The suit seeks to force the company to release data on employee compensation as part of a routine compliance evaluation, Reuters reports.

Well when it comes to a company as big as Google then it seems that you do have to make a Federal case out of it. The Office of Federal Contract Compliance Programs had issued a request for the data more than a year ago.

A Google rep told Reuters that the company did provide thousands of documents to the government in response to its request.

Meanwhile Google has announced that it is integrating its Google Assistant with Android TV and has a new generation of Chromebooks coming.

So we are getting closer and closer to the day when our lives will be fully integrated with all things media. In your home instead of going on line, going to the Netflix website and then selecting the program which you wish to see, you will just need to say out loud the name of the show and it will automatically come up on your TV from whichever streaming service offers it. 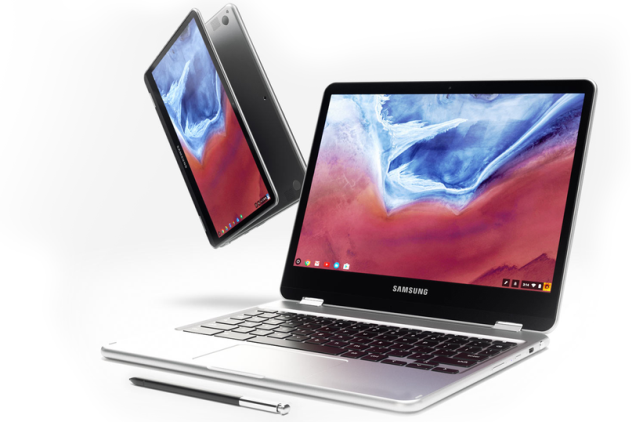 Google is also looking for ways to keep its struggling Chromebooks relevant in a world where the Surface Pro is dominating. After many failed attempts at getting into the hardware business with its own MP3 players and smart phones, Microsoft has finally found success with the Surface Pro which has put a dent in Apple’s iPad sales. Google tried to undercut Microsoft and make Windows obsolete when it introduced the Chromebook which runs on Google’s operating system. This contradicted its business model with Android whereby the company did not make smart phones and only made the operating system.

So what is Google doing now to get its Chromebook going again? It is working together with Samsung on the Samsung Chromebook Pro and Chromebook Plus which it says can work with millions of different apps. It boasts that they are thin, easily convertible from a laptop with a full keyboard to a tablet that’s “comfortable to hold at only 2.38 lbs. In addition to a Quad HD high-resolution touch screen, these devices are the first Chromebooks to come with a built-in pen. This pen can be used with apps like Samsung ArtCanvas to make detailed drawing easy and fun. And you can not only capture handwritten notes but also search them with Google Keep.”

So who will win the tablet/notebook computer wars? Maybe no one. But it is certainly good for the consumer as competition always is. As Google, Microsoft and Apple fight it out over who will be the biggest company, technology continues to advance and prices keep coming down.