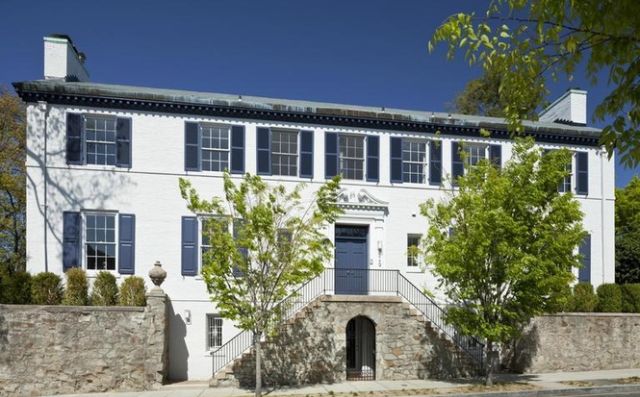 Speculation abounded as to where Ivanka Trump and Jared Kushner would choose to live in the Washington D.C. area ever since it was confirmed that they would both hold important roles in Donald Trump’s White House. The power couple have settled on a home located at 2449 Tracy Pl, in the Kalorama neighborhood of Washington the Washingtonian reported.

Now we must wait and see which synagogue Kushner and Trump will choose to attend.

Looking forward to an incredible year to come! From my family to yours, happy new year! ????#happynewyear #2017 pic.twitter.com/ZaIYGWnS8q

Their new home was built in 1923, has six bedrooms, 15 baths, encompasses 6, 666 square feet and was sold for $5.5 million in December. But there is no confirmation as to whether or not the Kushner-Trumps were the ones who bought the property.

The closest synagogue to the house is TheShul at Chabad-Lubavitch Center led by Rabbi Levi Shemtov. This is the same rabbi who recently made comments at the national menorah lighting ceremony in Washington critical of President Obama’s decision to abstain on the controversial UN Security Council resolution condemning Israel two weeks ago.

While The Forward has reported that Ivanka Trump and Jared Kushner will attend this synagogue, this has not been confirmed.

“I haven’t commented and cannot comment on who might attend our synagogue, ” Shemtov, founder of TheSHUL and executive vice president of American Friends of Lubavich (Chabad), told the Forward. “That is our policy.”