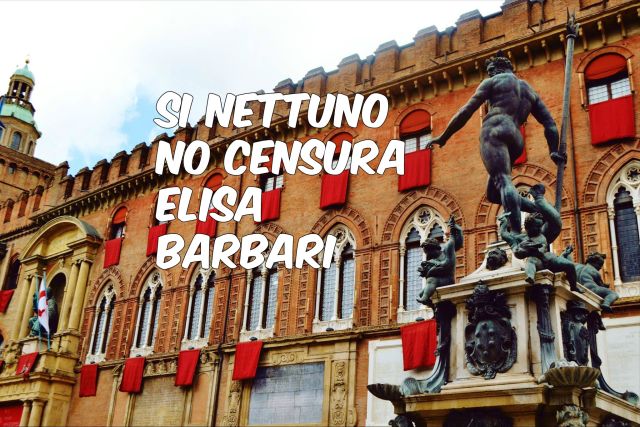 Once again the Facebook censors have blown it. They removed a picture of a famous Italian statue of Neptune from Elisa Barbari’s page because it was nude.

And this statue has stood for centuries in a public plaza and has been photographed to death by world travelers. Barbari chose the image of Neptune for her Facebook page titled “Stories, curiosities and views of Bologna.” So she was forced to instead put up the above picture with the caption, ““Yes to Neptune, no to censorship.”

Oh Facebook! Will you ever learn? First women’s nipples, then pictures of breast feeding and now classic works of art. What next — pictures of babies’ bottoms or naked chimpanzees? Maybe soon Facebook will only let people post pictures of women if they are wearing burkas.

Elisa Barbari explained what happened on her Facebook page saying, “I wanted to sponsor my page but apparently facebook thought the picture of our giant is sexually explicit content that shows too much flesh or focuses on certain parts of the body unnecessarily. The Neptune?? This is too much!”

Located in the Piazza del Nettuno, a grand square in the heart of Bologna, the statue was designed in the 1560s by Flemish sculptor Jean de Boulogne. It has been nicknamed Giambologna by the Italians. 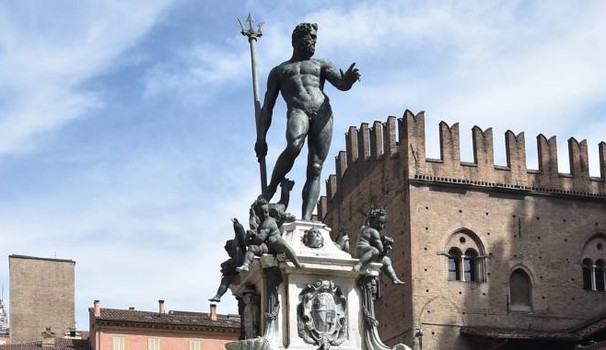 So Facebook sent Elisa Barbari the following explanation of why it censored her picture:

“The use of the image was not approved because it violates Facebook’s guide lines on advertising. It presents an image with content that is explicitly sexual and which shows to an excessive degree the body, concentrating unnecessarily on body parts. The use of images or video of nude bodies or plunging necklines is not allowed, even if the use is for artistic or educational reasons.”

Barbari wrote, “Back in the 1950s, during celebrations for school children’s graduations, they used to cover up Neptune. Maybe Facebook would prefer that the statue to be dressed again.”

Elisa Barbari you certainly have the sympathies of anyone who has ever had benign posts censored by Facebook and have even seen their accounts suspended due to baseless accusations, while the company continues to allow all manner of racists and nazis to continue to post garbage on their pages.