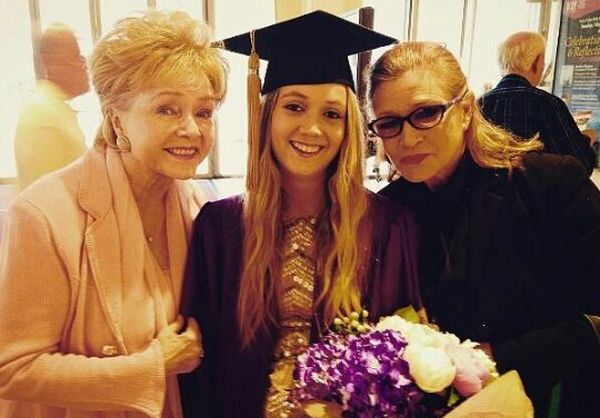 Billie Lourd has released a deluge of photos of herself with her mother Carrie Fisher and her grandmother Debbie Reynolds. The poor woman lost both her mother and grandmother one day after the other.

“Receiving all of your prayers and kind words over the past week has given me strength during a time I thought strength could not exist, ” wrote Billie Lourd along with a pic of herself with Carrie Fisher and Debbie Reynolds. “There are no words to express how much I will miss my Abadaba and my one and only Momby. Your love and support means the world to me.”

And Billie Lourd released a bunch of family pics with Fisher and Reynolds on Twitter too.

Carrie Fisher died on December 26, 2016, from a heart attack which she suffered a week earlier on a flight from London to Los Angeles. She was 60 years old. A family spokesman said at the time, “It is with a very deep sadness that Billie Lourd confirms that her beloved mother Carrie Fisher passed away at 8:55 this morning. She was loved by the world and she will be missed profoundly.”

Lourd followed in her mother’s footsteps appearing in the new Star Wars movies. She played the young resistance fighter Lieutenant Kaydel Ko Connix in “The Force Awakens” and will reprise that role this year in “Star Wars: Episode VIII.” Billie had her break out role in the TV series “Scream Queens.” 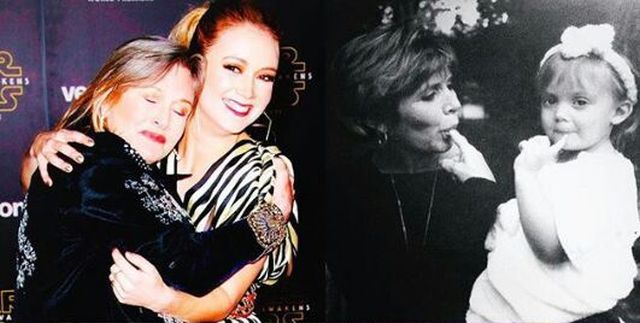 HBO will air a documentary about the relationship between Carrie Fisher and Debbie Reynolds titled “Bright Lights.” The 94 minute movie, directed by Alexis Bloom and Fisher Stevens, was filmed before the actresses deaths. “Bright Lights” premieres on HBO on Saturday January 7 at 8 p.m.