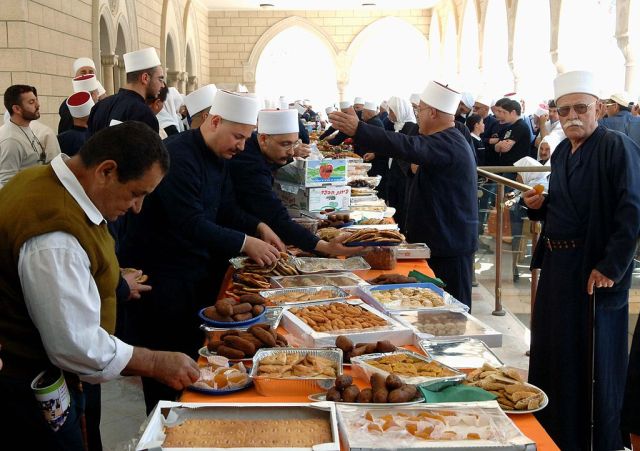 The Druze are a little known religious sect whose members live primarily in Israel, Lebanon and Syria. A new study into their DNA has uncovered some interesting facts about their history.

Like Jews, the Druze are both a religious group and a nations of people. They even have their own flag. But Druze claim no territory as their own and give political allegiance to the countries where they reside. The Druze of Israel serve in the IDF where they have distinguished themselves with honor.

But unlike with Judaism, Christianity and Islam, the origins of the Druze religion has been a mystery. While similar to Islam, not much is known about its actual practices since Druze are prohibited from revealing them to outsiders. Their official language, however, is Arabic.

The researchers say that the Druze people originated in what is now Turkey before migrating to the region along the border between the three nations of Syria, Lebanon and Israel.

The study relied on genetic data taken from 42 Israeli Druze during the National Geographic Society’s Genographic Project. The specifics of the methodology are a mouthful and probably are not easily understood by anyone who is not a professional. But you can read the whole article at the website.

Here is a synopsis of its conclusions:

“Since the emergence of the Druze at the end of the first millennium A.D., travellers, historians and anthropologists have attempted to infer their population history without successfully reaching a consensus. The biogeographical analysis localised many of the Druze to the Zagros Mountains and the mountains surrounding Lake Van and postulated that their migration path ran along a trajectory from southeast Turkey to southeast Syria. The dating analysis points to a major admixture event, which may have occurred towards the end of the Middle Ages in support of a Seljuk ancestry for the proto-Druze. Considering the genetic relatedness of Druze to ancient Near Eastern populations, our findings suggest that the habitual preference of the Druze to high mountains, which has earned them the description “mountain dwellers”, has ancient roots”

“A genetic analysis of the Druze in conjunction with the accumulating evidence in literature dispels unsupported allegations that the Druze represent a ‘genetic isolate’. While a religious Druze minority living in remote Levantine enclaves may practice endogamy that often results in genetic abnormalities, some of which may be due to de novo mutations that segregate in particular families or villages they do not represent the majority of the population and cannot be considered a ‘population isolate’ by acceptable standards. Further large scale studies would be necessary to determine the nature of these mutations.”